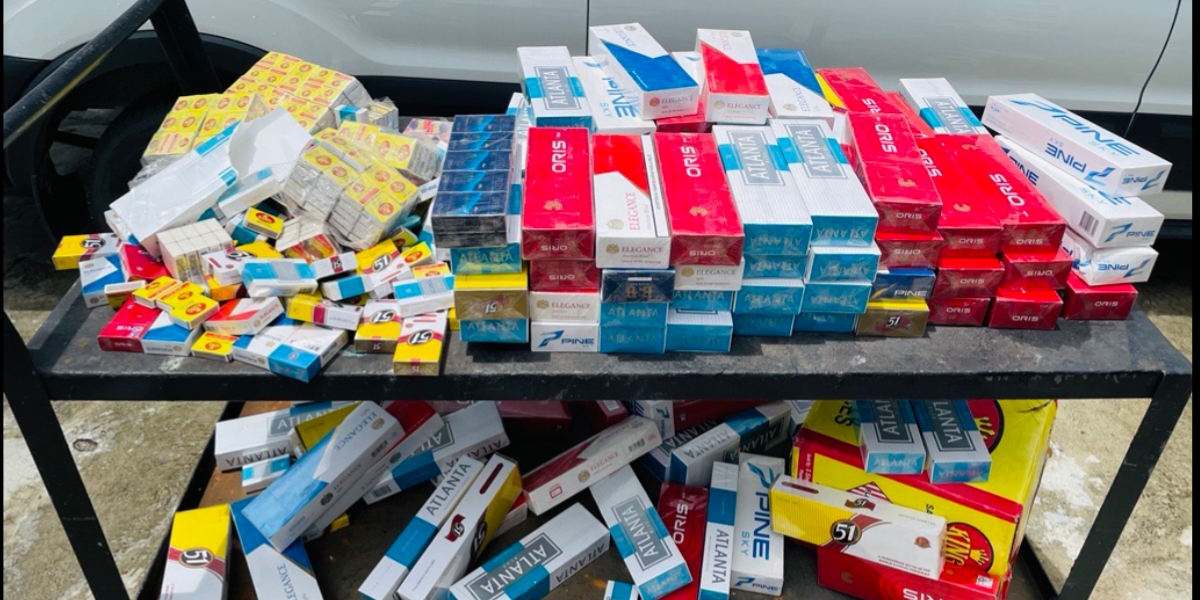 Inspectors of the Guyana National Bureau of Standards (GNBS) Product Compliance and Legal Metrology Departments conducted surveillance exercises during April and May 2022 which have resulted in the seizure of large quantities of non-complying products and unapproved dial scales from retail traders.

Specifically, it was noted that impromptu surveillance visits to several retailers in the Port Mourant Corentyne Berbice area resulted in the seizure of more than 107 cartons (1071 packets) of cigarettes which do not meet the requirements of the National Standard “GYS 9-3:2014 Labelling of Tobacco Products” and the Tobacco Control Regulation of 2018.

During the exercises, GNBS Inspectors confiscated several brands of cigarettes, which were not labelled in English, while other packages did not include a pictorial warning as specified by the Tobacco Control Regulation.

The seized brands include Atlanta, Elegance Premium, Oris, Pine Sky 7, Djarum Black and Record. Additionally, more than 1200 boxes of ‘King’ safety matches were also seized and removed for failure to meet the requirements of the National Standard.

The matches and cigarettes will be destroyed as the GNBS targets other retail outlets during its ongoing surveillance exercises.