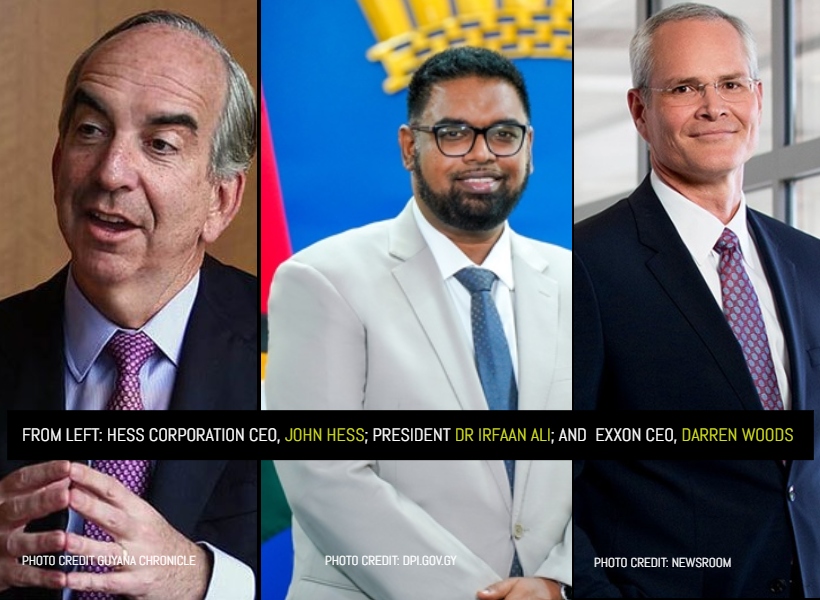 Partners in the Stabroek Block—ExxonMobil Guyana, Hess Corporation, and CNOOC—are thrilled about the growth opportunities they have after unlocking almost 11 billion barrels of oil equivalent resources. But it appears that the consortium’s interest extends way beyond the extraction of the sweet, light, crude for the benefit of its shareholders.

According to Hess Corporation, the partners have noted that the country two years ago had a Gross Domestic Product (GDP) per capita similar to that of Jordan. But in the next five years, it will have a GDP per capita superior to Brazil. Hess said the joint venture is therefore determined to help the Government of Guyana lay the foundation for the country to be a model State; a key regional hub for oil and gas with infrastructural connections to Suriname and Brazil.

During a recent conference, Chief Executive Officer, John Hess said, “Hess and ExxonMobil as well are working hard with the country to help them help themselves and to build a sustainable economic proposition. We worked and encouraged them to work with (academic and renowned economist) Michael Porter independently of Exxon and Hess to where they have a country development plan.

“This plan would focus on education, health care, and infrastructural development which includes answering key questions like how to tie Brazil to the Caribbean with a deep water port and also have a regional tie and a corridor economically with Suriname.”

He said the partners want Guyana to be the ultimate regional and logistical centre in the Northern part of South America. He said this plan is in the process of being executed as the government is pursuing a multimillion-dollar gas-to-energy project which will come on stream by 2024.

Hess said too that the government is also working with Mount Sinai Hospital to modernize its health care system. Hess said, “I happen to be on the Board and they have an international practice. The hospital will now work with them to help deliver a modernized health care system.”

He concluded that Hess believes in social responsibility and making a positive impact where it is based hence the partners are determined to help Guyana be a model state.