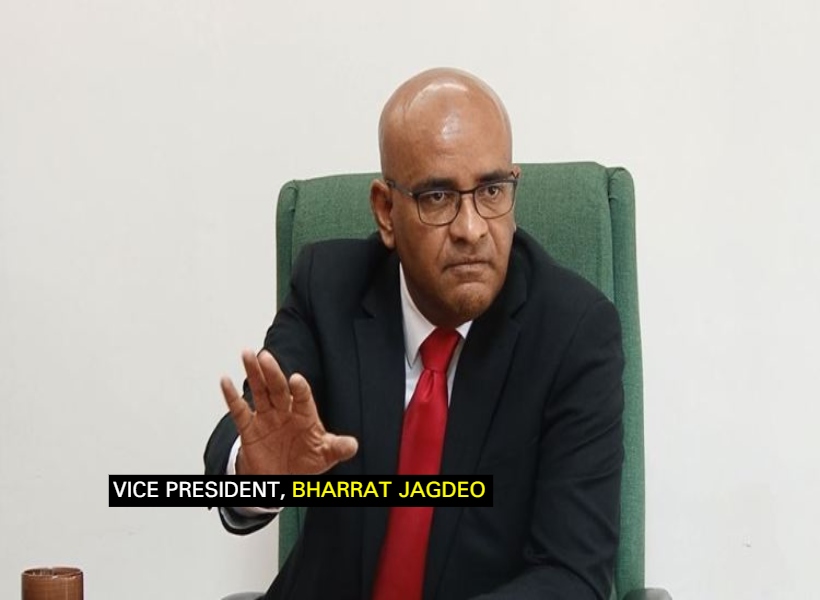 Guyana’s Vice-President (VP), Bharrat Jagdeo has taken yet another jab at US-based news outfit, VICE News for a documentary which claims, among other things, that the oil-rich South American nation is being sold under the table to China.

VICE News, the VP contends, cherrypicked information from his interview to suit its “preconceived” notion that Guyana was kowtowing to China and that the Asian powerhouse’s influence in the country was growing – much to the displeasure of the United States of America.

During a press conference on Tuesday, Jagdeo, in his usual style, lambasted the media outfit for its “attempt” to embroil the country and himself in the geopolitical tussle between the US and China, deflecting allegations of him being a corrupt politician who must be financially appeased before Chinese businesses can set up shop in Guyana, a country with a history of high levels of corruption.

Jagdeo said that the two-hour-long interview was rendered into “about a minute”, noting that key points which illustrate the government, but more importantly, his adherence to rule of law, were deliberately omitted to create the outfit’s ‘anti-China narrative’.

Even in the interview between himself and VICE News’ Isobel Yeung, the VP said that he was pressed to weigh in on the geopolitical matters of the two powerhouses, but he declined.

“When I was pressed in the interview that was the main two hours interview, about China and its role in Guyana, and the Western Hemisphere, I made it clear that we’re not going to participate in an anti-China hysteria, that we will look out for our country and what’s best for our people, that we had extremely good relations and growing relations with the United States of America at the bilateral level, that the United States was our largest investor,” he said at the press conference yesterday.

Despite the US being the country’s largest investor, Jagdeo admitted to telling Yeung that Guyana is committed to working with other nations including China to advance its development.

He added that news of corrupt Third World leaders and China’s expansion sells well to US audiences, and therefore, VICE News had to churn out such productions to gain profit.

“They’re into making money! And what sells globally? As I said in my interview, showing corrupt Third World leaders or alternately, showing China dominating the world. That is good for the US audience. So, if you do a story like that, you tend to have a buyer of it – you have greater viewership. So, I don’t blame VICE for that. So, they had to show that Guyana is up for sale to the Chinese, particularly,” the VP said.

He added, “So she (reporter) came in with a preconceived idea that China is taking over Guyana, and then sought [to prove] that it was doing so corruptly.”

Jagdeo also noted that his explanations about the Integrity Commission were not included in VICE News’ final product. Jagdeo said that he told Yeung that government officials including himself have been declaring their income and assets to the Integrity Commission, a body that is geared at examining politicians’ income and overall amassing of wealth. He said that since 2000, the only time the Commission has been defunct was under the former administration and when he was the Opposition Leader.

This information, he said, could have watered down talks about corruption in the country. But according to him, VICE News hovered over this information.

“So finding out about politicians submitting their statements to the Integrity Commission would have run contrary to that narrative. She did not use any of my lengthy responses on that matter, because I guess, that did not suit the narrative of a small country that is trying to do the best for its people without getting caught up in the geopolitical fights,” he said.

At the beginning of the episode, Yeung is seen flying over the Amaila Falls, where the government had plans to construct its flagship hydropower plant.

Yeung spoke about a Chinese company’s acquisition of the contract through a bribe.

Jagdeo said that the reporter made that conclusion despite his lengthy explanation of the history of the project and the procurement process, which were not included in the episode.

“So clearly, the reporter was not sure about how contracts were awarded, like the Amaila Falls Project [and] whether it was tendered project or not. I took a while to explain to her the history of Amaila and where we were at that moment.”

China Railway Group Limited (CRGL) in November 2021 was deemed the “most capable partner” for the project’s execution, which at that time came with a price tag of US$700 million. Six months later, the company expressed difficulties in honouring its commitment to the Build-Own-Operate-Transfer (BOOT) contract it signed, and the Guyana Government effectively scrapped the project, with the possibility of retendering.