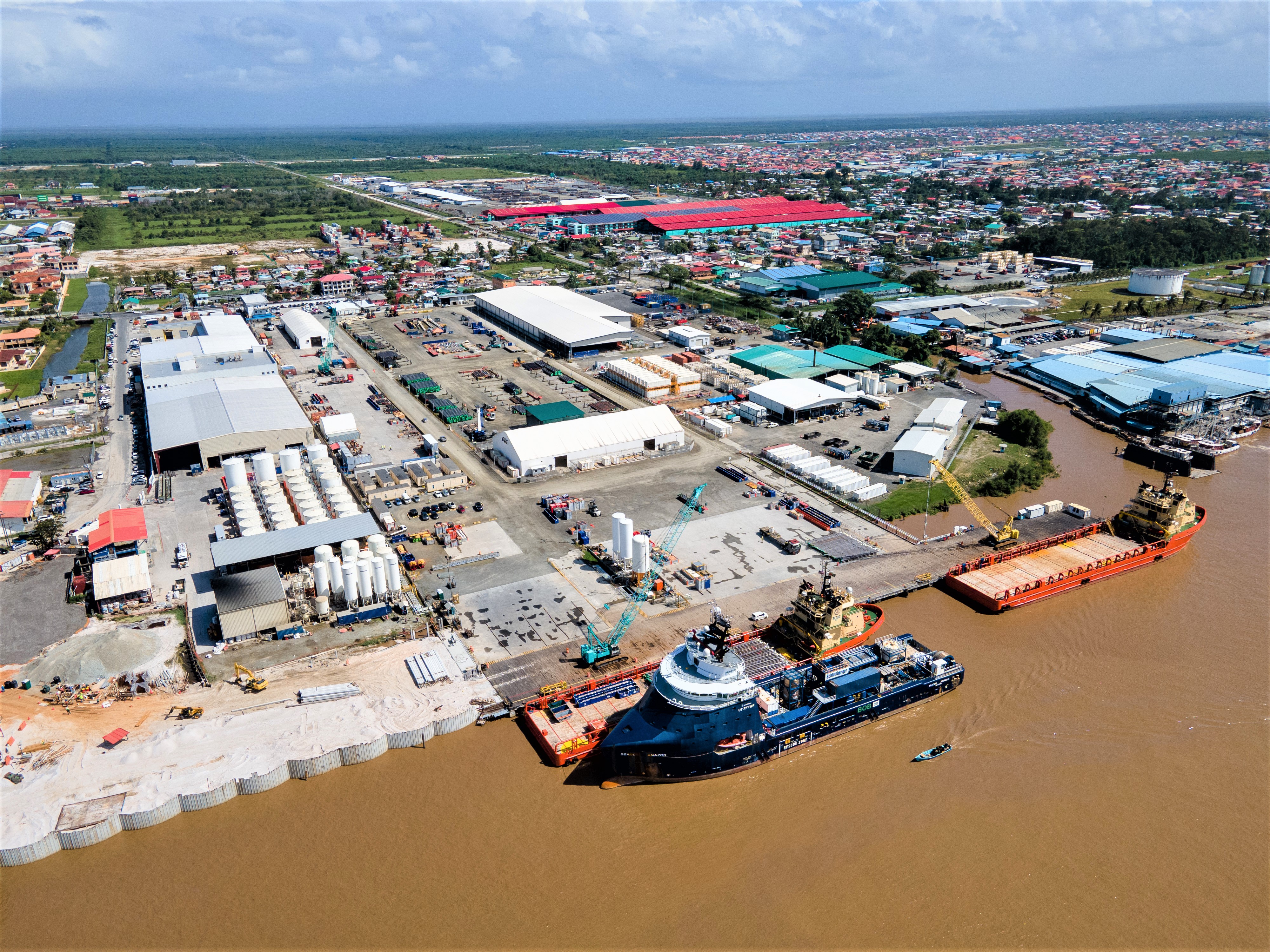 Guyana Shore Base Inc. (GYSBI), a pioneering local company in the oil and gas sector has inked an 11-year extension contract with Esso Exploration and Production Guyana Limited (EEPGL), an ExxonMobil affiliate for the provision of shore base management and operations services.

The contract will run until 2033 and builds on the previous contract, which was awarded to the company in 2017 and will expire in August this year. In these five years, GYSBI has directly invested over USD$300M in enabling port infrastructure, real estate development, warehousing and support services; has recruited, trained and certified more than 1000 Guyanese for key operational positions within the industry and beyond through its affiliates; catalysed greater than USD$500M in investment in the Houston / McDoom, East Bank Demerara corridor by providing the enabling infrastructure and established the first oil and gas activity hub in Guyana.

At a ceremonial event held on Saturday, July 16 to commemorate the milestone, Guyana’s Minister of Natural Resources, Vickram Bharrat lauded the signing, noting that GYSBI has become a prime example of what is possible for Guyanese businesses in the country’s relatively new oil and gas sector.

“Let me congratulate and commend GYSBI and ExxonMobil Guyana…We are happy to be here to see this signing… and seeing another Guyanese company taking a big stride in the oil and gas sector and putting Guyana on the map. This signing is a clear indication that we are building capacity as we move to develop the oil and gas sector. There is so much that is happening offshore Guyana and it is not only in the Stabroek Block. I am positive that we will have other discoveries. This activity shows that we are moving in the right direction in this country,” he said.

Minister Bharrat noted that with a projection of nearly 11 billion barrels of recoverable resources thus far and further drilling activities taking place, the Government of Guyana is optimistic that more discoveries would be recorded and therefore, more Guyanese companies would be called upon to meet the myriad of services that would be required.

“As a Government, we are not afraid to take bold steps. Some people may say that we are moving too fast and indeed we are moving fast. I don’t think we have seen this pace of developing an oil and gas sector in any country, especially a third world country like Guyana. The Local Content Act was enacted to ensure that Guyanese benefit from the oil and gas sector, which they truly deserve. Guyanese must benefit and as a Government we are entrusted to do with, in partnership with our foreign partners. We see you as valuable partners and we are committed to working with you to ensure we develop these resources in a way that benefits both the people of Guyana and the company,” the Minister noted.

Mr. Robin Muneshwer, Executive Director of GYSBI said that the contract extension builds on five years of significant and continuous investment, hard work, training and development of local capacity to create a world-class facility that meets the specialised needs of the oil and gas industry.

GYSBI’s Executive Director highlighted that the company in 2017 signed a contract for eight acres, two berths and one warehouse. Today, it stands at 170 acres, 8 warehouses and four berths, with further expansions planned. While it started with five employees, GYSBI today has a workforce of 616 persons, 95 percent of whom as Guyanese.

The ceremony also saw the attendance of the Attorney General and Minister of Legal Affairs, Anil Nandlall; Minister of Public Works, Bishop Juan Edghill; Senior Minister within the Office of the President with responsibility for Finance, Dr. Ashni Singh; Minister within the Ministry of Public Works; Deodat Indar, Members of the Private Sector Commission; the Banking Sector; and other specially invited guests.