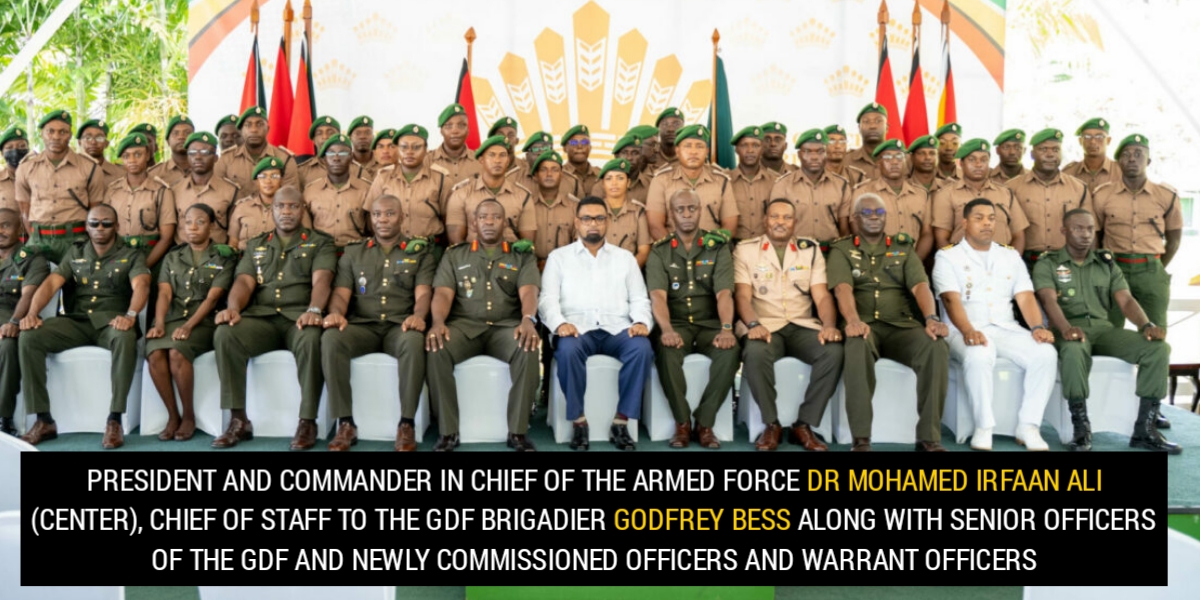 President and Commander- in- Chief of the Armed Forces, Dr. Mohamed Irfaan Ali on Friday presented Instruments of Commission to 67 officers and 12 warrant officers of the Guyana Defence Force (GDF).

The president reminded the second lieutenants, reserve officers, and warrant officers that their commission requires them to be loyal, and exercise good conduct.

“Good conduct is the hallmark of discipline; it must characterise your interactions as officers. It must speak to your values,” the commander- in- chief stated.

He said good conduct will be a measure of their performance, and will be used as a benchmark when they assess the performance of those under their command.

Meanwhile, the Guyanese leader reminded officers of their responsibility to protect Guyana, and adhere to the law.

“You are called upon to be courageous in defending our motherland against all threats of aggression, incursions, invasions or insurrections, and in support of the civil authorities,” he stated.

“As your president and commander-in-chief, I urge you to be responsive to the challenges which lie ahead, and to accept the responsibilities with your deployment within the force,” the president said.

The officers were also assured of government’s commitment to make the best possible opportunities available to improve their quality of life. On July 21, President Ali decorated the new batch of officers at Base Camp Ayanganna, following their successful completion of the standard and reserve officers’ courses. (Extracted and modified from the Department of Public Information)