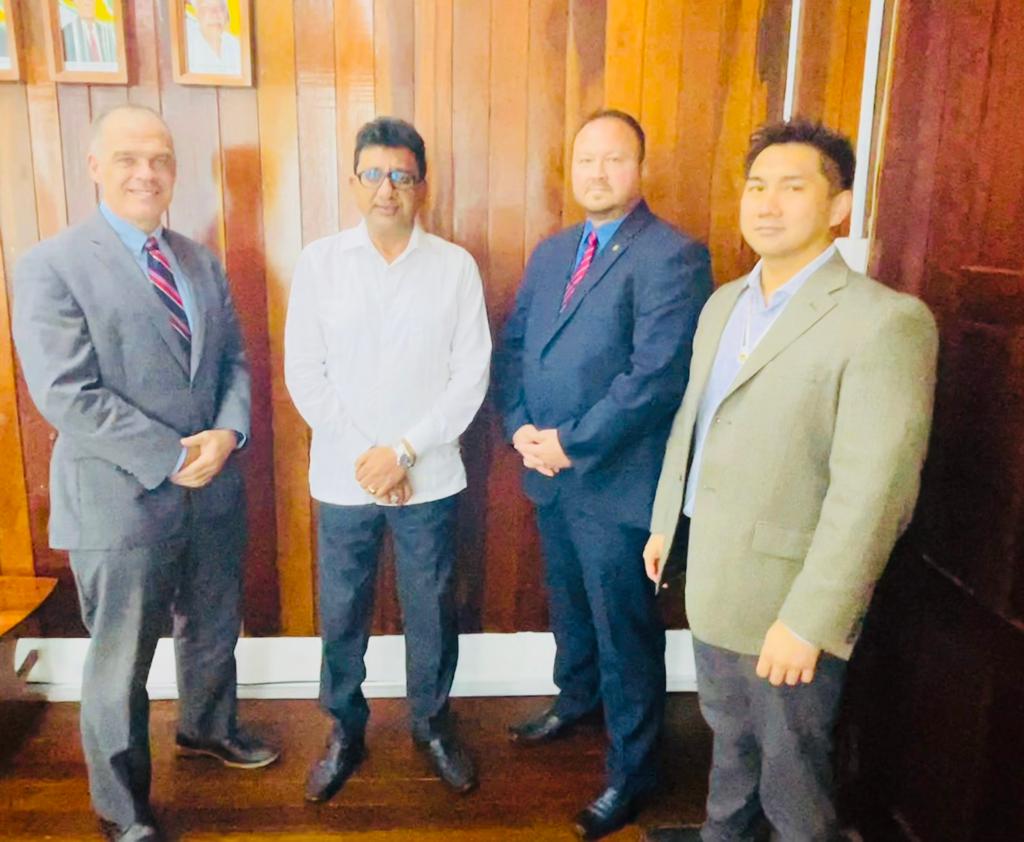 Markley is the lead officer of the FBI for the Caribbean region, including 27 countries stretching from Bermuda to Guyana and is based in Bridgetown, Barbados.

Kreitensteid is the Assistant Legal Attache’ and is based in Port of Spain, Trinidad and Tobago, while Mayan is the Regional Security Officer representing the US State Department in the Caribbean.

The team raised a number of areas in which they have been cooperating with the Government of Guyana over the years, such as, rendering mutual assistance in criminal matters, extradition, anti-money laundering and countering the financing of terrorism, trafficking of narcotics and firearms, tracing proceeds of organized crime and forfeiture of assets, trafficking in persons and cyber related criminal activities.

The team said it wishes to intensify its relationship with the Government of Guyana in the investigation, prosecution, and in securing convictions in these types of offences. The Attorney General signaled the government’s continued commitment to the upholding of the rule of law in all its facets, including the pursuit of all forms of criminality, in particular organized crimes.

The Attorney General discussed the various policies and training programs being pursued by the various law enforcement agencies intending to augment the State’s capabilities to investigate, prosecute and convict for criminal conduct, as well as the government’s robust legislative agenda.

In particular, the Attorney General emphasized that cyber space is the new emerging platform for the commission of serious criminal offences in Guyana and indeed globally. He pointed to many persons who use social media platforms, in particular in the United States of America to spew racial hostilities and create ethnic strife among segments of the Guyana population, inciting and aiding and abetting riotous conduct and even domestic terrorism in Guyana.

He informed the team that the State of Guyana has already lodged formal complaints with various important offices and agencies in the United States on this matter, including the FBI and he is using this opportunity to reiterate those reports requesting actions from US authorities against these perpetrators who operate with impunity from the United States.