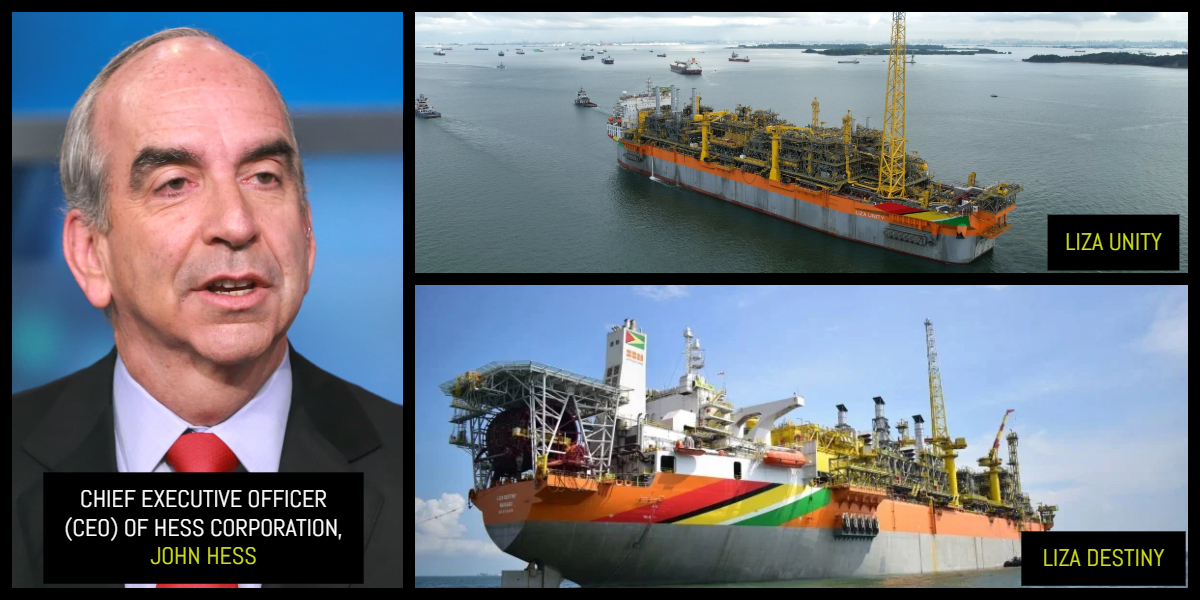 Hess said the improvement in after-tax earnings compared with the prior-year’s quarter adjusted results was primarily due to higher realized selling prices in the second quarter of 2022.

At the Stabroek Block, where Hess holds a 30 percent working interest, it was noted that net production totaled 67,000 barrels of oil per day (bopd) in the second quarter of 2022 compared with 26,000 bopd in the prior year’s quarter.

Guyana Standard understands that the foregoing was on account of production from the Liza Destiny floating, production, storage and offloading (FPSO) reaching its new production capacity of more than 140,000 gross bopd in the second quarter of 2022 following the completion of production optimization work initiated in March.

Hess shared that net production from the Liza Unity FPSO, which commenced in February, was 35,000 bopd in the second quarter of 2022, and reached its production capacity of 220,000 gross bopd in July. Production at this new vessel also resulted in increased number of barrels going to Hess.

It said net production guidance for Guyana for the full year 2022 is expected to be approximately 75,000 bopd, which includes approximately 6,000 bopd of tax barrels.

Hess reminded that it currently has four sanctioned developments on the Stabroek Block.

barrels of oil per day are expected to be online on the Stabroek Block in 2027, with the potential for up to 10 FPSOs to develop gross discovered recoverable resources.