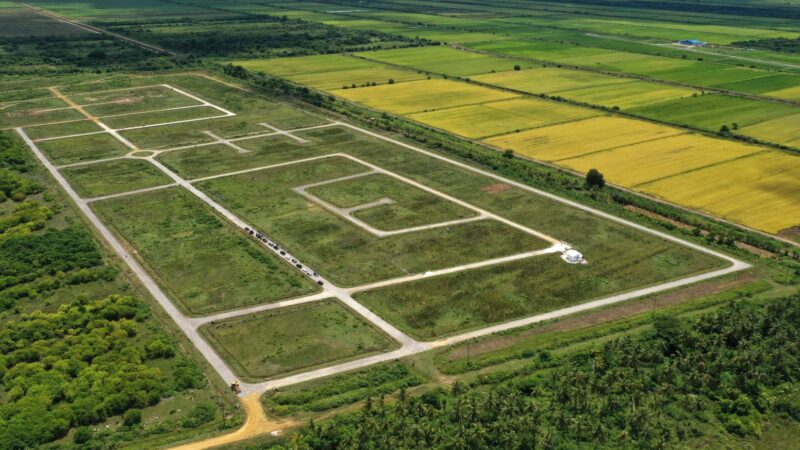 Minister within the Housing and Water Ministry, Susan Rodrigues visited the scheme on Wednesday to have a first-hand look of the ongoing infrastructure works which are about 85 per cent completed.

Over $455 million in contracts was awarded to four contractors to develop the housing scheme last year. Shortage of materials and the extensive rainy period had delayed the works.

“We are taking full advantage of the sunny weather that we are having… If there are people in the region who have paid for their house lots but have not been shown their lots, they can go to the regional housing office and they will be guided as to who will come and identify their lots,”Minister Rodrigues said during the inspection.

The infrastructure works catered for the construction of access roads, bridges, culverts and the installation of water supply networks.

Michelle Mingo, a mother of two was the first to identify her land after engaging the minister in an earlier meeting at Fairfield.

Mingo who applied for land since 2005, said she was happy that she will now be able to build a home for her family.

Some 513 lots were allocated in the Experiment housing scheme last year. When the infrastructure works are completed, the remaining allottees will access their land.

There are about 4,000 applications for house lots in the ministry’s database.

However, government is well on track to deliver on its 50,000 house lots distribution by 2025. In the first two years of the PPP/C’s term in office, over 15,000 lots were distributed.

In 2022 alone, the ministry anticipates over 14,000 house lots will be distributed.

Government is also implementing several measures to make homeownership for Guyanese more affordable. (Article and photographs extracted and modified from the Department of Public Information)