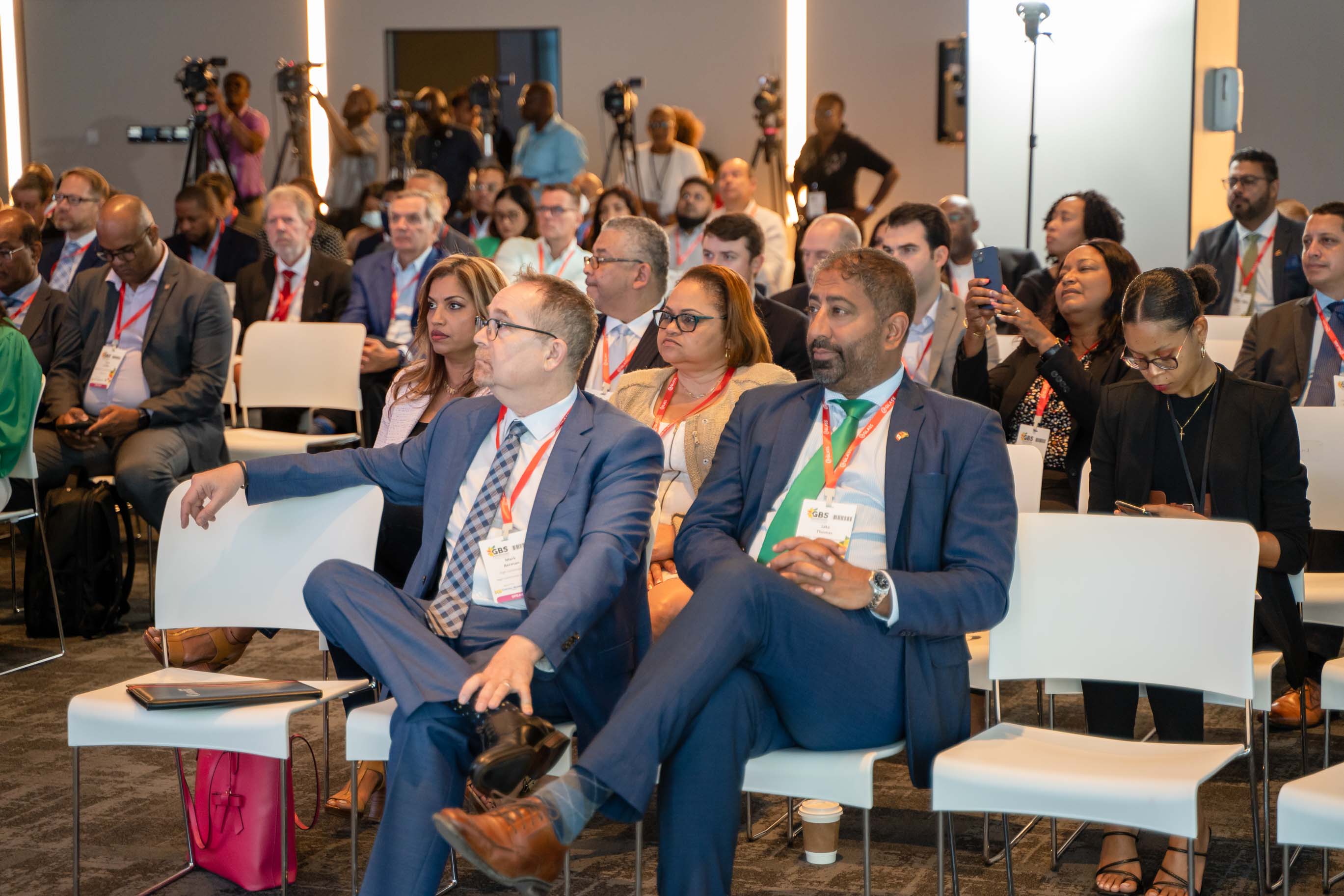 Not a single person from the 25-member Irfaan Ali-led Cabinet showed their face at the Guyana Basin Summit (GBS) hosted today at the New Pegasus Suites and Corporate Centre. In fact, even the Guyana Office for Investment (GO-Invest) was noticeably absent from the event.

The three-day summit is being held under the theme “Responsibly Developing the Region’s Resources for a Prosperous and Sustainable Future.”

It was marketed as a platform of choice for oil and gas executives, government stakeholders and industry experts in Guyana.

According to the GBS website, the summit is supposed to provide the opportunity to “hear from government, meet the major operators, licence holders, tier one contractors, service companies and the entire value chain in Guyana’s emerging hydrocarbons sector.”

Obviously, with such emphasis placed on government’s involvement in the summit, it will come as a shock to many observers and industry stakeholders that not a single high level government official even bothered to show up.

Even if one is to take the proposition to “hear from government” off the table, government’s absence would still be troubling given that most of the discussions and presentations zero in on Guyana. Discussing Guyana’s trajectory or pathway to prosperity without the presence of the regulatory body seems quite unproductive given that policy makers are, of course, needed for the implementation of whatever bright ideas are explored.

Guyana Standard was told that President, Dr. Irfaan Ali waited until “last minute,” that being yesterday, to respond to organizers saying that he would not be at the summit.

Unlike what was said about former President, David Granger, President Ali is usually a man to honour invitations. The President seems to make use of every opportunity to interact with his people and speak candidly on his government’s position. Some weeks back, the President was the keynote Speaker at the International Solar Alliance Fourth Regional Committee Meeting for the Latin America and the Caribbean Region. That meeting was held at the Author Chung Convention Center. There, the President delivered thought provoking remarks and spoke about his government’s reliance on gas as a transition fuel. While all that he said may not have been pleasing to the organizers of a meeting geared to promote solar energy, at least the President noted that he was supportive and open to frank and practical discussions.

Another point to note is that President Ali has been making himself available for the opening of restaurants, for concerts, cricket and other social events. Therefore, his absence, and that of all his ministers, including the Minister of Natural Resources, at a summit aimed at discussing Guyana’s social, environmental and economic needs is the context of it being an oil gas producing nation, is interesting, to the say the least.

This is the second Guyana Basin Summit. The summit was hosted by Global Event Partners (GEP), organized by Mayson Black House Guyana and Sagacity with the lead partner being the Georgetown Chamber of Commerce and Industry (GCCI). Digicel Business is the Principal Partner.

Several other companies, local and international supported the summit.