Home Agriculture Over 50,000 acres of farmland now accessible with opening of #58 Village... 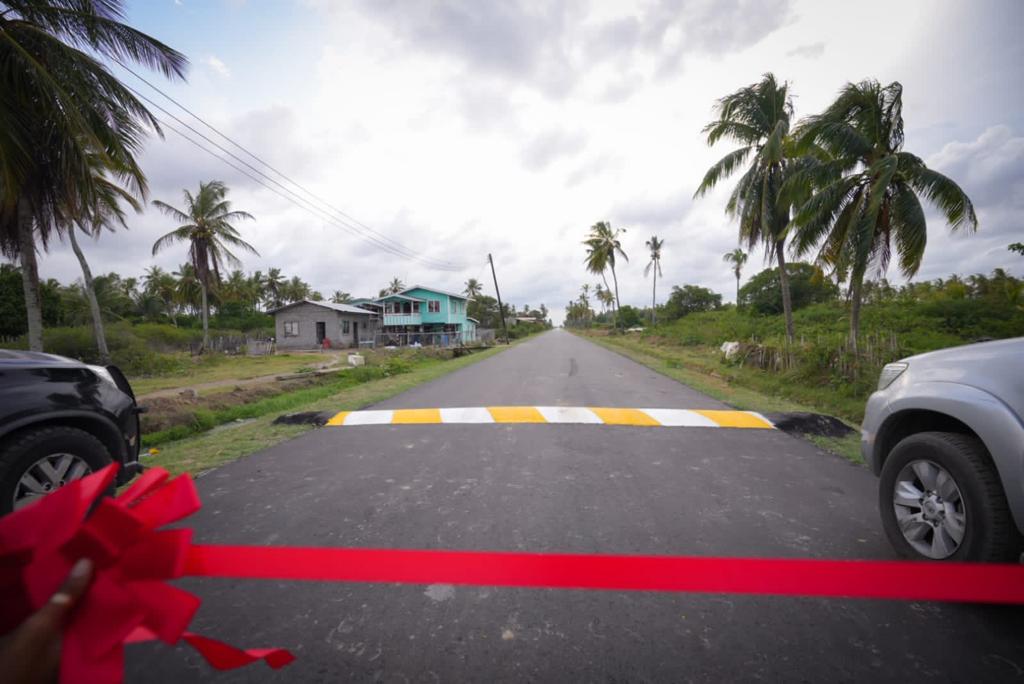 President, Dr Irfaan Ali said that the Government will continue to make a number of critical investments that would ensure that food production becomes one of the main pillars of Guyana’s economic future.

He said that these investments would encompass modern strategies to decrease the cost of production and increase the yield.

The Head of State made this assertion during his address at the Commissioning of the #58 Village farm-to-market access road on Friday afternoon. The road is 6.4KM (approximately four miles) long and was completed to the tune of $1,018,000,000.

The President also pointed to the importance of research and development, which he said is critical to delivering “better yields, better crops—better variety”.

He also stated that systems will be put in place to ensure that the Government utilises the best possible technology to enhance sustainability and resilience.

“We know that we are faced with many challenges, including climate change. So our method of agriculture must be resilient so as to mitigate against the consequences of climate change. Another important aspect is our human resources.”

The Government, President Ali emphasised, has addressed these important considerations in the development of strategies for the agriculture sector. He reminded of the tremendous investments in the sector, in every region, over the past two years while reiterating that his administration remains focused on enhancing productive capacity and making the “right investments” that will ultimately broaden the economic base, create job opportunities, provide a medium for new investments and also “support the expansion of our economy and the growth and development of our people”.

The newly commissioned farm-to-market road, he said, is part of a “large infrastructure plan that will lead all the way to Canje Creek and in totality will open up over 50,000 acres of land for production.

Prior to the commissioning of the new road, the President and his delegation visited two other agriculture-based communities in Region Five – Belladrum and Cotton Tree, where he interacted with residents and listened to their concerns.

As to the importance of these engagements, he said that continuous dialogue and connection with the people are critical in delivering good governance to all citizens.