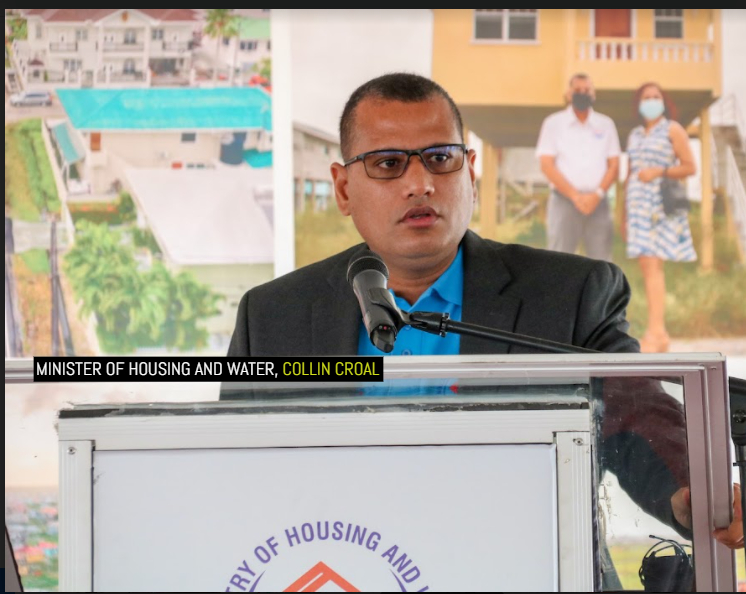 The verification process to move ahead with the disbursement of steel and cement for home builders could begin as early as next week, Minister of Housing and Water, Collin Croal has disclosed.

He made the disclosure during a recent interview with DPI.

The steel and cement initiative was announced by President Dr Mohamed Irfaan Ali, earlier this year.

It will see homeowners benefitting from the support of steel and one sling of cement for homes being built under $6 million, and two slings of cement for those aiming to build homes between $6 and $25 million.

“The implementing stage is going smoothly. In fact, we have over 1,900 persons who would have uplifted forms to be able to benefit from that programme. In terms of persons who are able now to move to the next phase, we have over 230 such persons for which in the new week, we will commence the investigative stage,” he said.

The minister explained that any Guyanese  in possession of land can qualify for the initiative, granted that they have  pre-approval, in the form of their construction plan.

“And once we have that pre-approval for the plan, then through the Central Housing and Planning Authority mechanism, you must provide your ownership, and we’ll move smoothly, fill out the necessary application forms.”

Suppliers for steel and cement are currently being approved by the Central Housing and Planning Authority (CH&PA) board.

Once the committee for the housing subsidies is approved, applicants will begin receiving the materials.

Persons can register for the steel and cement support by uplifting forms from various offices of the housing ministry, as well as the Central Housing and Planning Authority head office, or any of the sub-offices in Regions Two, Three, Four, Five, Six, Nine and Ten.

Private developers embarking on home construction are encouraged to utilise the housing support as well. (Extracted from the Department of Public Information)