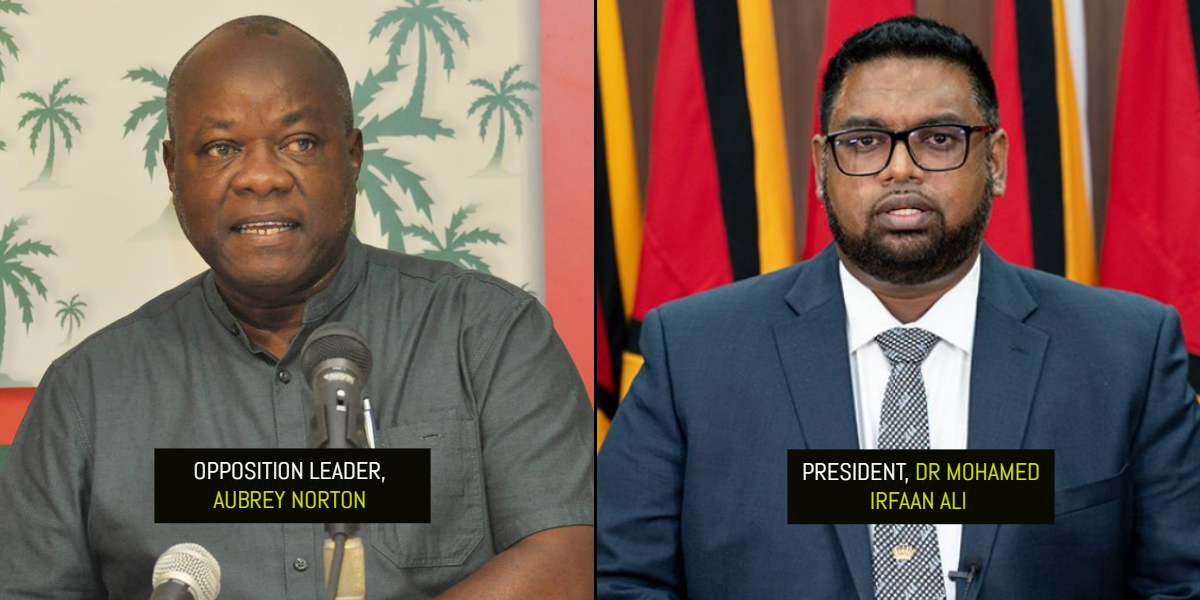 Opposition Leader, Aubrey Norton has called out President Dr Irfaan Ali for going back on his word on salary hikes for public servants.

Norton said that when the ruling People’s Progressive Party/Civic (PPP/C) was in opposition, Ali “ranted and raved” that his party, if elected, will give public servants mammoth increases in wages and salaries.

He then shared a snippet of a video showing Ali in the National Assembly saying that public servants deserve a “far more than 20 per cent” increase in salaries.

Norton said that Ali has now “refused to honour” his own words when he announced a “paltry” eight per cent across-the-board increase last evening.

The Opposition Leader dubbed the increase as an anti-working class measure that will push public servants deeper into poverty.

“Rather than improving the lives of these dedicated workers, the PPP is focused on enriching its elite, friends, family and favourites. While the PPP elite can live on their large salaries and the loot that they have stolen from Guyanese, the people can’t afford to and are being punished,” Norton said during an announcement this afternoon.