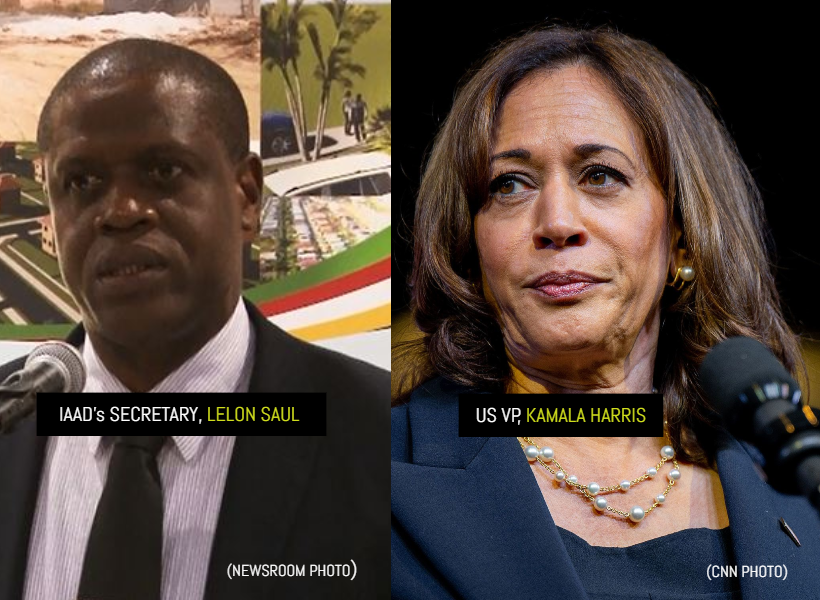 A local rights group, calling itself the “Institute for Action Against Discrimination” (IAAD), has written to U.S. Vice-President (VP), Kamala Harris, claiming that the South American country is on the brink of civil unrest. In the letter seen by this publication, the IAAD wants the VP and her regime to put a stop to the many “ills” perpetuated against Afro-Guyanese by the ruling People’s Progressive Party/ Civic (PPP/C).

“To say that Guyana is on the brink of civil unrest is mildly describing the situation. We have travelled to many villages within the ten administrative regions of Guyana and spoken to affected residents. Consequently, we have documented, what we presume to be, the central concerns of the people, selected from a mass of other complaints, to give an insight into the pervading ills affecting our people. We believe that the Government is deliberately setting the stage for civil unrest, an occurrence that may only serve to compromise our fledgling democracy and create chaos and loss of innocent lives,” the group said.

It added, “We are, therefore, appealing to you, kind ladies and gentlemen, to use your high offices to influence the requisite changes that can only serve to rectify the situation so that all Guyanese can once again enjoy peace, goodwill, and the patrimony of this dear land. Thank you all and may God continue to bless you in your daily efforts to make this world a better place.”

In the letter penned by the group’s Secretary and former Head of the ex-regime’s Housing Department, Lelon Saul, several instances of “blatant discrimination” were cited. Below in an excerpt of the list:

(1) In August, 2022, Guyana’s Attorney General, Anil Nandlall, issued a statement claiming that it was unlawful for an African Guyanese organization to convene a forum to discuss whether Guyana is an emerging apartheid state.

(2) In a show of brutal power, the Government has confiscated or attempted to confiscate lands and property of African Guyanese, based on an unjustifiable, unlawful and arbitrary determination of illegitimate acquisition.

(3) The government’s argument that it is not racist because they have appointed several black cabinet ministers and departmental heads, and that the public service is approximately 68% black, is offensive and disingenuous.

(4) The Government audaciously uses the Guyana Police Force to persecute African Guyanese and other political opponents who speak out against racism and corruption.

(5) From the time it came to power in August 2022, the PPP government directed the GPF to unjustifiably arrest several African Guyanese Members of Parliament and former APNU+AFC government Ministers, Guyana Elections Commission officials, and former CEOs of government agencies, on what were clearly trumped-up charges for political revenge.