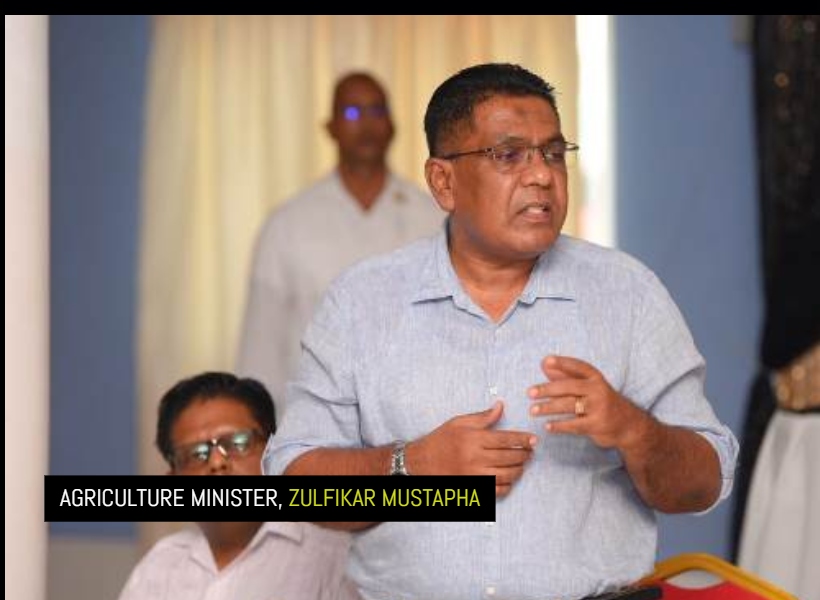 During a meeting with farmers from Burma Housing Scheme and other surrounding areas over the weekend, Agriculture Minister, Zulfikar Mustapha announced that systems are being put in place to satisfy farmers’ demands for seed paddy in the region.

Minister Mustapha made the disclosure while engaging farmers during the commissioning of the new office building for the Mahaica/Abary Rice Development Scheme(MARDS) in Burma, Mahaicony.

Some $14 million was expended by MARDS to execute rehabilitation works to its existing office and procure a new Nissan truck that will be used to improve services offered by the agency.

During the meeting, one farmer present told the minister that there was a need for an upgraded seed facility to service the rice farmers in the region as the current facility is not always able to satisfy the farmers’ demands.

Farmers also raised concerns about the housing development programme that is ongoing in the area, noting that, once developed, persons residing in the new housing area may have issues with some of the systems used by farmers during rice cultivation.

While responding to the issues raised, Minister Mustapha told the farmer that a mechanism will soon be in place to address those issues.

“Region Five has the capacity to produce approximately 105,000 acres of rice. I am optimistic that most, if not all, of the fields in the region will be cultivated in the next crop. I want to assure you; we are in the process of setting up a system in Region Five to bring the seed paddy production capacity to about 65,000 bags per crop. As it stands now, we are getting about 30,000 bags. For the next crop, I want to assure you, that this region will produce all the seed paddy for the farmers,” expressed Mustapha.

He added, “With the system that we are putting in place, MMA alone will be able to produce 50,000 bags of seed paddy next crop. As it relates to the issues raised about housing, a lot of planning and evaluation was done for this. As a government, we have a plan and are committed to delivering affordable housing to all Guyanese. This is part of our overall developmental agenda so we have to work together to achieve this.”

He also said farmers who were promised seed paddy will receive it. While stating that there was a reported instance where a farmer who benefited from seed paddy did not use it for its intended purpose, the minister said that systems will now be in place to ensure farmers do not take advantage of the system.