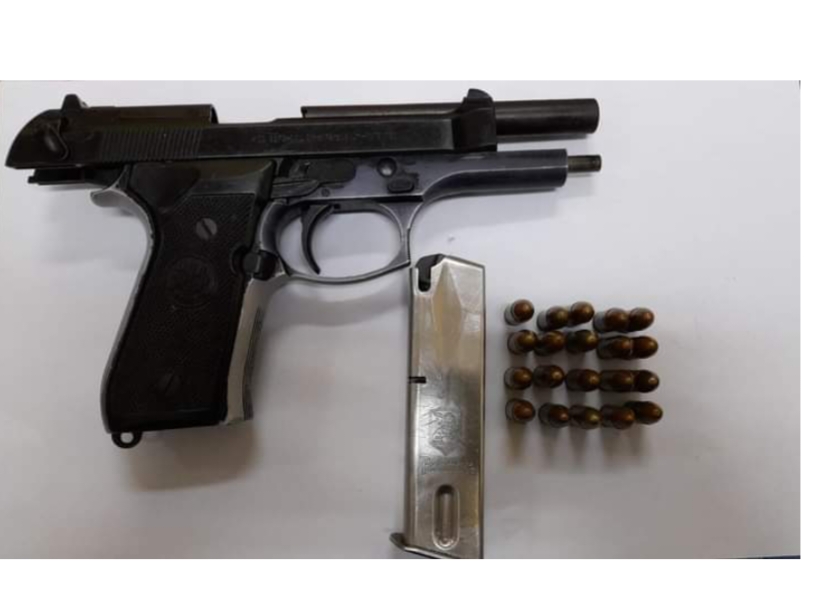 An intelligence-led operation conducted by police ranks yesterday in Berbice has led to the discovery of a Beretta handgun and 20 live rounds of ammunition in the home of a Belvedere Village, Corentyne, Berbice couple.

At about 16:30hrs, a party of police ranks went to the home of a 49-year-old hire car driver and his 35-year-old wife, where a search was conducted.

The gun along with ammunition was found hidden in an electric toy car.

The duo were immediately told of the offence, cautioned and arrested.

They were subsequently escorted to the Albion Police Station along with the firearm and ammunition. They remain in custody, pending charges, as investigations continue.