Home Politics Guyana Elections 2020 “I did not believe there was a bomb in the building” –... 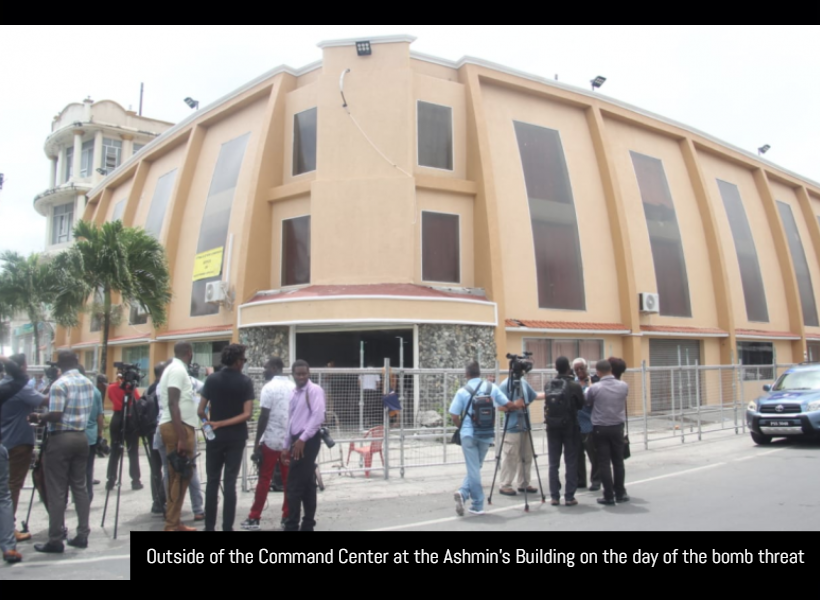 Ret’d Justice Claudette Singh told the Commission of Inquiry into the March 2020 General and Regional Elections today that she never believed the bomb scare at the Command Centre at Ashmins Building to be true.

Justice Singh recollected that it was former Chief Elections Officer (CEO) of the Guyana Elections Commission Keith Lowenfield that informed her of the threat. She recalled as well being in the presence of late GECOM Commissioner, Bibi Shadick.

“Mr. Lowenfeild walked up to me and said Madam Chair there is a bomb in the building, we should clear the building. Bibi (Shadick) turned around and said, `I am not going anywhere; I am sitting right here, let them kill me,” the Chairperson said.

She further noted that despite being cautioned by Lowenfield, she remained seated. She was then asked whether she believed there was in fact a bomb in the building.

“No, I did not believe there was a bomb in the building. When I heard it I thought it was someone playing a prank… I was later told by a member of the fire service that nothing was found and the building was cleared,” Justice Singh said.

She said during the attempted evacuation, former Deputy Chief Elections Officer Roxanne Myers informed her that GECOM’s IT Manager, Aneal Giddings had taken an electronic server outside of the building. Justice Singh said Giddings had explained that the server was removed to protect the SOPs in the event there was a genuine threat.

The Chairperson said that after the threat was minimized, she then gave instructions to Giddings to return the electronic server and have the process recommenced.