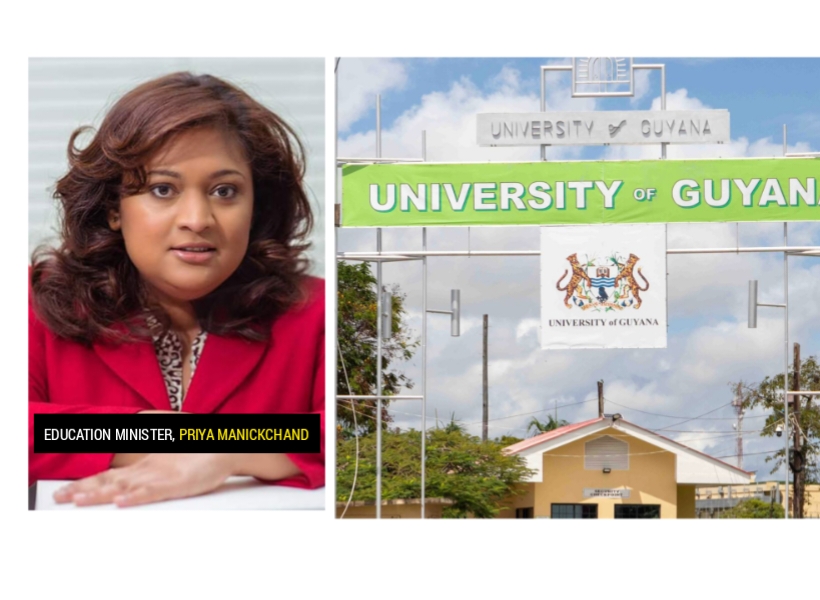 The lambasting of political track records continued in the National Assembly on Tuesday as Minister of Education, Priya Manickchand claimed that it was under the APNU-AFC administration that tuition at the University of Guyana climbed. She said this resulted in hundreds of students being left to feel the burden of high tuition costs.

She told the House that it was the PPP/C administration that promised to make the University of Guyana tuition free. The Education Minister said that this is still the plan of the regime before the end of its first term.

The Minister recollected that the University of Guyana was established by the late President of Guyana Cheddi Jagan. While she admitted that it was her administration that applied tuition fees at UG, she did not state why. She only said only said, “There was a reason for it.”

Last year, the University of Guyana revealed that a total of $600M in student loans is still owed to the institution. The institution said that while it has made steps to recover the debt from current and former students, the debt owed has placed the University in a tough position to offset costs.

But according to Minister Manickchand, when the current administration left office in 2015, the annual cost for tuition was at a manageable level. With the Opposition side of the House calling for the PPP/C to make good on its promises to make UG free, the Education Minister in response called out the previous administration for making it harder for Guyanese to access tertiary education.

“In 2014, the last year of the PPP/C financial year, a student that was doing a Bachelor of Education paid $127,000 in tuition. By the time the coalition left the government it was $220,000. Where were your tears then? How much did you love these University students then?” Manickchand said.