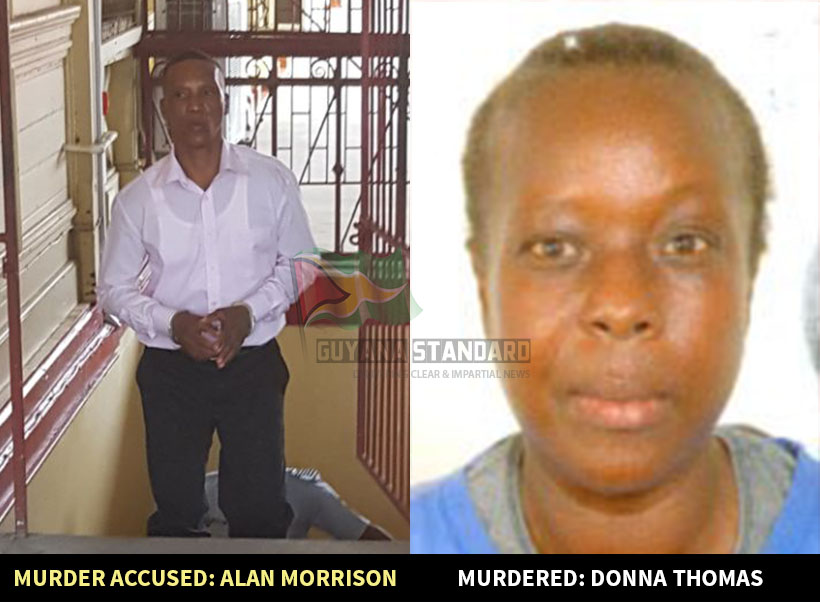 Reports indicate that Thomas’ lifeless body was discovered in a pool of blood with several stab wounds.

During his testimony today, Constable Kyte recalled interviewing Morrison on May 27, 2012 in the Criminal Investigation Department (CID) office at the Brickdam Police Station. The police witness recalled that he spoke with the murder accused in the presence of another police rank when he, the accused, admitted to wounding his wife.

Constable Kyte said Morrison told him, “I was going out and she (his common law wife) didn’t want me to leave. I had a knife and I cut she on her neck. I didn’t know that would have happen to she.”

The detective said that no threats, promises or inducement were used to get the statement from Morrison. He however, pointed out that the murder accused refused to gave a written statement.

According to the police witness, he was among the police ranks summoned to the scene of an alleged murder at the couple’s home on May 26, 2012. He said that upon his arrival at the residence, he saw Thomas lying on her back on a “makeshift” bed in a bedroom situated in an apartment building.

After his testimony, the detective was cross examined by the defence counsel and there after re-examined by the prosecution. This is Morrison’s third trial for this offence. His first and second trials ended in a hung jury.

This trial is continuing before Justice Sandil Kissoon at the High Court in Georgetown.