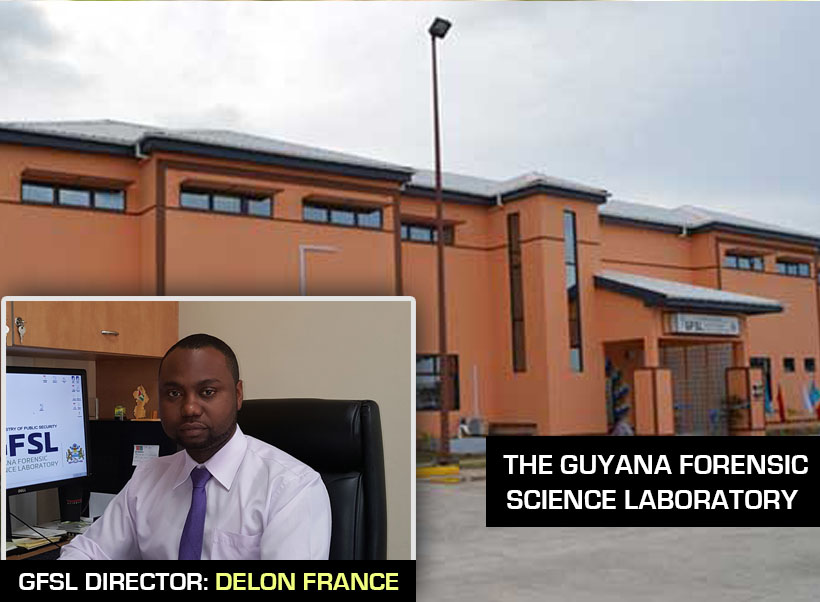 The Guyana Forensic Science Laboratory (GFSL) has not done a single test for gun-powder residue in the past year. This is because the equipment that is used to check for the substance is not working. Multiple cases, including murder investigations, have been stalled as a result of this dilemma.

During a recent interview with the Guyana Standard, Director of the Forensic Lab, Delon France confirmed that the equipment is not in working order.

This news agency was informed that the piece of equipment has been inoperable since March 2017.

The machine is called ECCO and identifies elements in materials such as coins, paints and gunpowder. It also helps to authenticate currency.

France explained that the equipment had not been working since it was handed over by the Guyana Police Force last year. “When we collected it (equipment) from the police, they told us that it needed one part but when we procured that part, it (equipment) had other problems.”

To test for gunpowder residue, the GFSL’s Director said that two tests are required—presumptive and confirmatory. “So the presumptive test will pick up particles which you would find in gun powder then we do the confirmatory test which tells you exactly what the particles are.”

He said that it is the equipment that does the confirmatory test that is inoperable. However, the required parts have been procured and local technicians will be working with engineers in England via Skype to install the parts.

“To bring in the engineers to fix the problem would cost us a lot so what we (decided), is to have our technicians liaise with them in England,” France said. However, he could not say how long it will take to rectify the problem.

One case that is particularly affected by this is the shooting which occurred in the Pomeroon on January 14, last where two coconut farmers were killed. The bodies of Ambrose Baharally, 28 and Martin Godette, 23 were found with gunshot wounds to their heads.

Initially, detectives had suspected that it was a murder/ suicide but the case took an interesting twist when the wife of Baharally led investigators to where she had hidden the murder weapon. Additionally, the woman’s statement was inconsistent with information ranks received prior to the shooting.

In an effort to solve this mystery, ranks had swabbed the hands of the deceased and Baharally’s wife to test for gunpowder residue. Fast forward four months later; ranks are still awaiting the result of the tests.

Furthermore, the Guyana Standard has been told that another piece of equipment which is used to test for narcotics only became functional a few months ago.

France admitted that the equipment had not been working. Adding to this, police sources revealed that they were and still are being made to wait for months to collect results for narcotic related matters. “Sometimes you would find matters are near completion in the court and we didn’t get the result.”