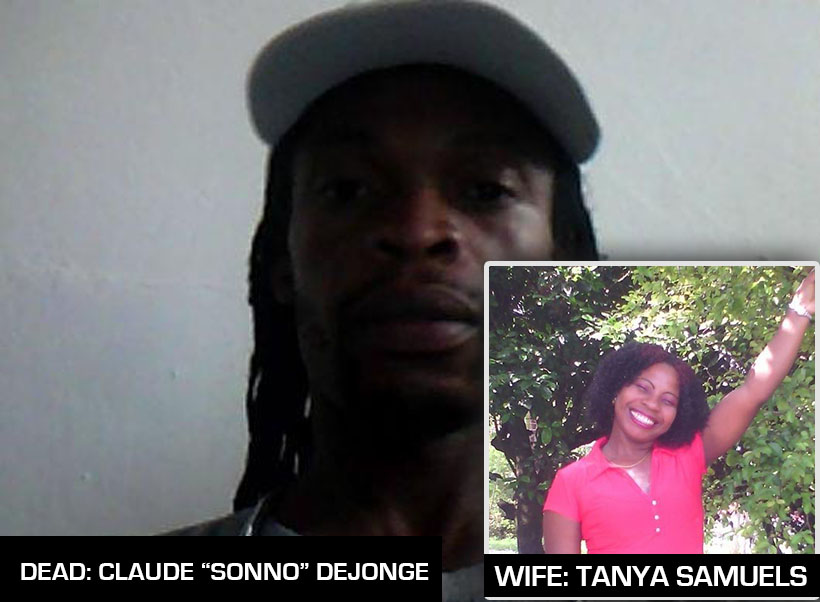 A triangular love affair came to a deadly end today (May 10, 2018) when a 34-year-old man, identified as Corwyn Aurther, sneaked into his lover’s bedroom and stabbed her reputed husband to death.

The incident occurred around 12:30am at Lot 1074 Cinderella City, Mackenzie, Linden.

The dead man has been identified as 40-year-old Claude “Sonno” DeJonge, a taxi driver. He was stabbed to the neck, left shoulder and abdomen. DeJonge was pronounced dead at the Wismar Hospital.

According to information received, the suspect and the victim’s reputed wife of 10 years, Tanya Samuels, once shared a relationship which was exposed to the husband a few months ago. Samuels gave her husband the impression that she would end the relationship with her secret lover.

The Guyana Standard was informed that the victim became annoyed to see Aurther at his home and an argument erupted. The police was subsequently called, forcing the suspect to leave.

But just after midnight on Wednesday, an enraged “Cross-eye” returned and entered the house by removing the louvers from the couple’s window. Once inside, the suspect allegedly went to the bedroom with a knife to wake his rival.

This news agency has been told that Aurther dealt the victim the first stab to his shoulder before they both started fighting.

“The woman (victim’s wife) said that they fight for a couple seconds and then Aurther stabbed him up,” a rank, who is apart of the investigation, revealed.

The woman told detectives that while the suspect was stabbing her reputed husband; he pushed her away, preventing her from intervening.

After wounding his adversary, Aurther fled the scene, telling his lover that he was going to end his life.

Ranks have searched “Cross-eye’s” home and that of his relatives but have been unable to locate him. Anyone with information about the whereabouts of the suspect is asked to call the nearest police station.