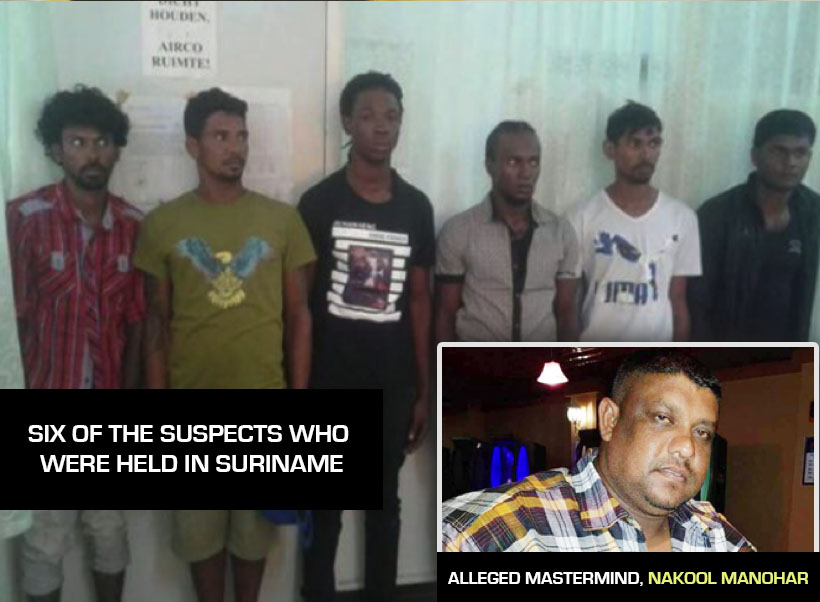 “He (mastermind) is in his 30s and owns about 40 boats and each is worth about US$40,000…fishing work don’t give you so much money so fast”– police source

Almost two weeks after pirates stormed four fishing vessels in Suriname waters, leaving 12 Guyanese fishermen missing and three dead, investigators in both countries have confirmed that the attacks were linked to two separate revenge plots dating back to February last.

This information came to light after local law enforcement officers met with their counterparts in neighbouring Suriname to share details and evidence they would have received.

Five of the surviving fishermen are assisting with the investigation.

Guyana Standard was able to confirm that 15 persons are in custody in Suriname. “The suspects in Suriname are what we would describe as handy men and junkies so that confirms that they were definitely working for someone,” a local rank said.

In Guyana, detectives have detained the alleged mastermind, a Corentyne boat owner Nakool Manohar, and two other persons.

Ranks were able to secure an extension to hold the boat owner until Friday. Reports are that his brother, Somnauth Manohar, was killed in a drive-by shooting in March last in Paramaribo, Suriname.

The late Somnauth Manohar was also a boat owner and had lived in the neighbouring country with his family. Ranks in Surname confirmed that he was picked up several times for questioning in relation to piracy attacks.

Police sources say that Somnauth Manohar and a gang had attacked a fishing vessel in Suriname in February last where the captain of that boat was killed. “Manohar and his father were pirates and people know this so when the boat captain was killed in February (last), a hitman was (allegedly) hired to kill him (Manohar),” the source said.

However, police sources claimed that Manohar’s relatives did not take his death easy. In retaliation, Guyana Standard has been told that his relatives (in Guyana) allegedly hatched a plan to murder as many fishermen as they could. The instructions to the hired “pirates” were to “kill as much a dem as possible.”