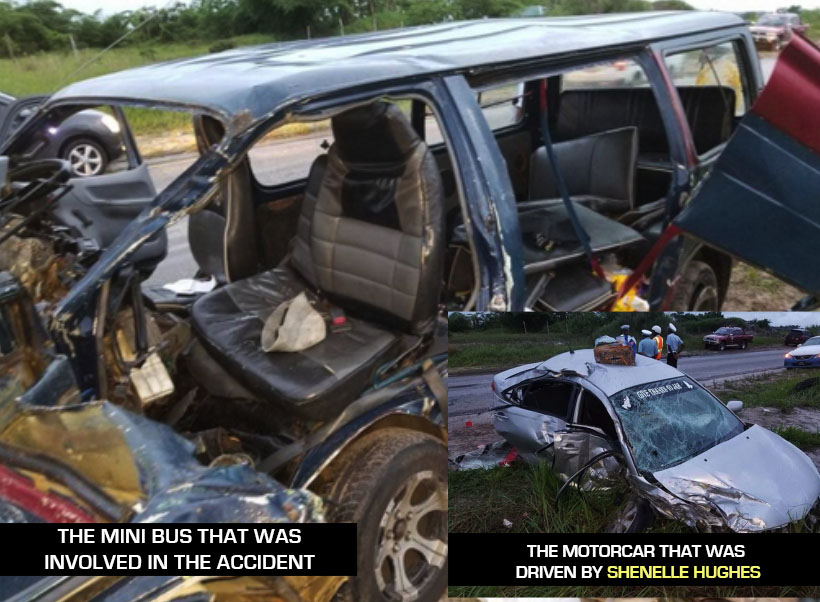 The Georgetown Public Hospital Corporation (GPHC) on Sunday night (May 14, 2018) informed the relatives of eight-year-old Jada Rebecca Enmore —who was involved in an accident at Kuru Kururu on the Soesdyke/Linden Highway earlier that day—that she had died.

It was only several hours later that Enmore’s parents were informed that she was alive and it was in fact one of her family members, another child who died. The children were travelling with other relatives at the time of the accident.

The Guyana Standard has been told that the dead child has been identified as Arianna Hughes. The hospital’s staff had even tagged off Hughes’ body as that of Enmore.

According to information received, Hughes succumbed to her injuries at GPHC late Sunday night, just a few hours after the accident.

She had been transferred from the Diamond Diagnostic Centre and was receiving treatment in the hospital’s Emergency Unit along with 10 other persons who had been injured in the two-vehicular smash.

According to information received, the two vehicles were travelling in opposite direction on the Soesdyke/Linden Highway when the driver of the car reportedly lost control and swerved in the path of the mini bus.

Based on eyewitnesses report, the impact caused the mini bus to topple several times before it came to a stop.

The Guyana Standard was told that several persons, including five children were pulled from the mini bus and car in an unconscious state and had to be rushed to the hospital.