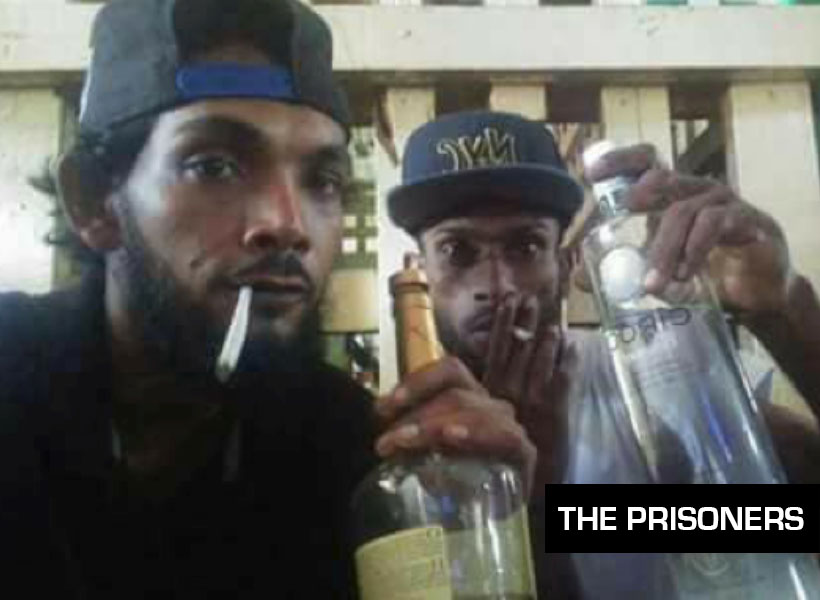 The Guyana Prison Service (GPS) has launched an investigation to determine how inmates at the New Amsterdam (N/A) Prison were able to acquire several bottles of expensive alcoholic beverages, marijuana and energy drinks.
Over the weekend, pictures surfaced on one of the prisoner’s Facebook account. The photos depicted him and fellow inmates, smoking and posing with Hennessy, Ciroc, XL energy drink and cranberry juice as they smoked what appeared to be marijuana.

The pictures were posted by 34-year-old murder accused, Abdul Andre Azimullah under the caption, “Big up all them mothers dem.” The inmates were apparently celebrating Mothers’ Day inside their cell. Azimullah subsequently deactivated his account Sunday night—hours after his initial post.

He is among several persons on remand for the murder of Danian Jagdeo, a phone card distributor who was killed during a robbery at Adventure, Corentyne in 2017.

When contacted yesterday, Director of Prison, Gladwin Samuels said that he had nothing to say but subsequently claimed that several measures have been put in place since the prisoner’s Facebook account went viral.

He did not say what those measures were. In the past, there have been several cases where prison wardens were charged for smuggling prohibited items into the prison.