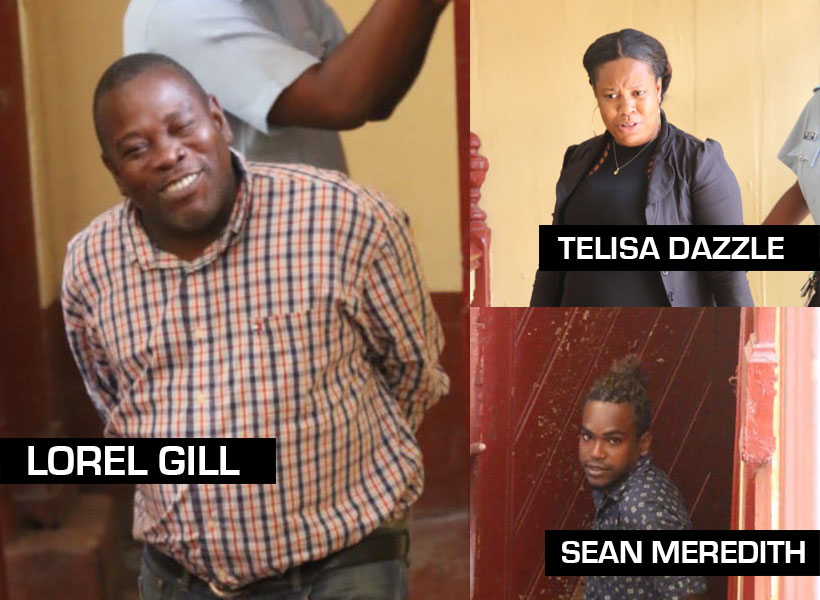 “I was so shock I nearly faint away. These are the things that does cause murder in this country. Imagine is over six years I’m with her,” Gill told the court.

A woman and two men who are believed to be in a love triangle, found themselves before a City Magistrate court earlier today for assaulting each other.

It is alleged that on May 10, at Kingston Seawall, they all assaulted each other, so as to cause each other actual bodily harm. They all pleaded not guilty after the charges were read to them.

Gill, who was the first to be charged, told the court that a few days before his planned wedding to Dazzel, he was driving along the Kingston Seawall when he saw his car parked—the one usually driven by his reputed wife. He said that when he got closer to the car, he saw his reputed wife and a younger man in a compromising position.

“I was so shock I nearly faint away. These are the things that does cause murder in this country. Imagine is over six years I’m with her,” Gill told the court.

Meredith told the court that on the day in question; he collected Dazzel from her workplace. He said she told him she was not well so he decided to take her to the seawall to get some “fresh breeze.”

Meredith continued, “While I was at the seawall with Dazzel, Gill showed up and started swinging a knife towards me. I attempted to jump in the back seat and that’s when the knife cut my feet.  A few weeks ago he threatened to kill me.”

However, Dazzel told the court that Gill is making up accusations to tarnish her reputation.

Prosecutor Arvin Moore told the court that on May 10 at Kingston Seawall, Gill saw his reputed wife, Dazzel and Meredith in a car in a compromising position.

After seeing the two, Gill pulled out a knife and inflicted a stab wound to Meredith’s feet.

The court heard that Meredith and Dazzel then dealt Gill several cuffs and kicks about his body causing him to received injuries.

The magistrate, after listening to the prosecutor, granted Gill $120,000 bail, while Meredith and Dazzel were released on $30,000 each.

They were all instructed to make their next court appearance on May 21 and the wedding is off.