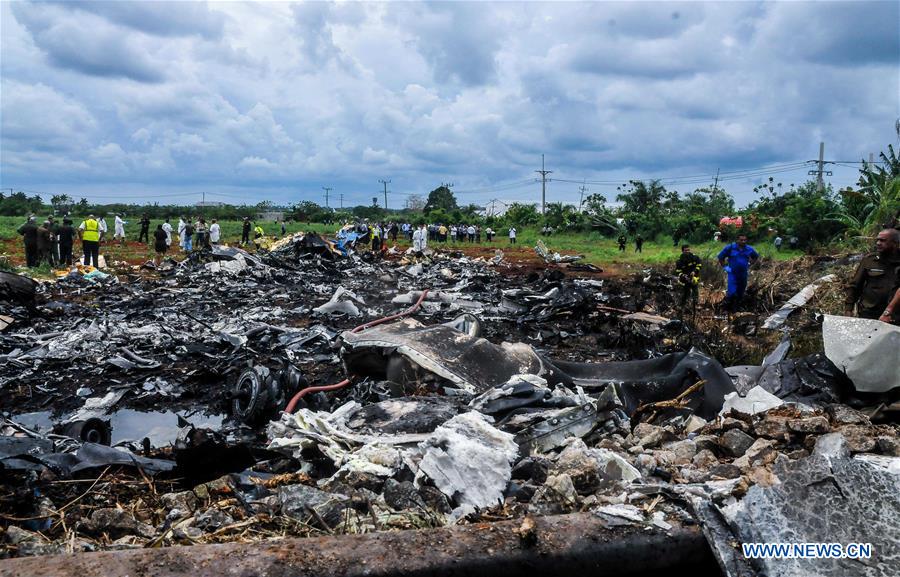 The Government of Guyana (GoG) has extended condolences to Cuba following the fiery plane accident that occurred on Friday (May18, 2018) resulting in the death of over 100 Cubans.

So far, there are only three known survivors who remain critical. And, only 15 of the 100 reported dead have been identified.

GoG sent this to Cuba, “The Government and people of Guyana are most distraught by the tragic Cuban airline accident claiming the lives of over 100 passengers and crew members on Friday, May 18. All Guyanese share the loss and grief of the Cuban people and relatives of the victims who perished in this tragedy. We extend deep condolences to the Government and people of Cuba as they observe two days of official mourning in our sister Caribbean state.”

The statement continued, “Guyana and Cuba have, over the years, shared a strong and unbreakable bond of friendship, brotherhood and solidarity. In recent years, our people have been forging ever closer ties through education, diplomacy, medicine and trade.

Even as this loss affects us deeply, we are confident that the Cuban people and nation will rise and recover from this unspeakably devastating accident. Such has been the demonstrable fortitude of Cuba and Cubans for decades.”

It has been reported that the Mexican charter company whose plane crashed in Havana was the subject of two serious complaints about its crews’ performance over the last decade.

The plane was barred from Guyanese airspace last year after authorities discovered that its crew had been allowing dangerous overloading of luggage on flights to Cuba.

Cuban authorities have identified the remains of 15 of the 110 victims of deadly crash in the country’s capital while a team of local and foreign investigators focused on the possible causes of the disaster and the operating conditions of the Mexican company that owned the old Boeing 737.