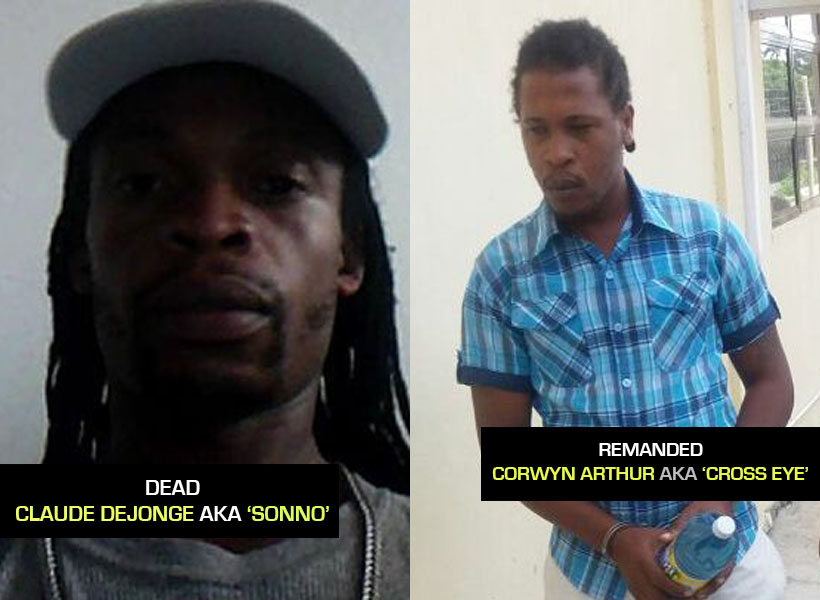 An unemployed man was this morning remanded to prison for the murder of his ex-lover’s reputed husband.

It is alleged that on May 10, 2018 at Cinderella City, Mackenzie, Linden, Arthur murdered 40-year-old Claude DeJonge called ‘Sonno’.

The murder accused was not required to plead to the indictable charge. He was remanded and ordered to return to court on June 21, 2018.

Reports indicate that Dejonge and his common law wife, Tanya Samuels were asleep when Arthur launched a vicious attack during which he stabbed Dejonge about the body.

Police investigations revealed that Samuels had been involved in a secret relationship with Arthur while she and Dejonge were living together. That relationship ended last year December, but Arthur would still frequent Samuels’s home as a “family friend.”

It is alleged that on the day in question, Arthur visited the woman’s home where he began smoking marijuana to the annoyance of DeJonge who called the police.

Sometime after, Arthur returned to the residence and sneaked into the house via a window.

He subsequently stabbed DeJonge to the neck, shoulder and abdomen.

Arthur escaped after the killing but was captured by police last week Thursday (May 21, 2018) on the West Coast of Berbice.