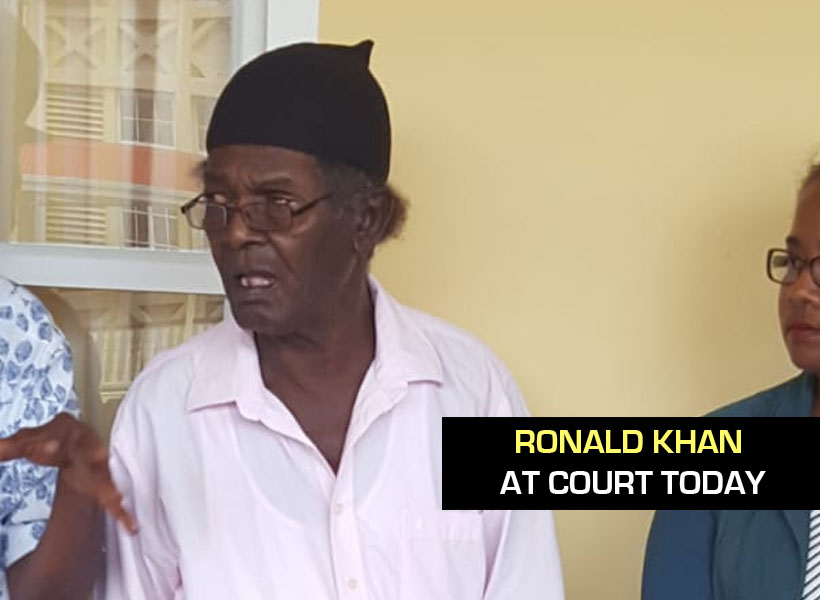 A trial has been ordered by Justice Fidela Corbin-Lincoln to resolve a claim filed against the State by Ronald Khan, who is claiming that police wrongfully detained $54M in diamonds belonging to him.

Khan in a writ dated January 3, 2011 issued by his Attorney-at-Law Nigel Hughes, said that his mining camp at Ewang Creek was robbed during 1994.

He further stated that members of the Guyana Police Force recovered the diamonds and lodged them at the Mahdia Police Station.

This occured, he said, after police ranks informed him that the diamonds were exhibits in the criminal trial of the persons charged  with armed robbery of his mining camp.

However, Khan said that after several years police were unable to successfully prosecute the perpetrators and that his lawyer wrote a letter to Commissioner of Police, at the time, requesting the return of his belongings.

In the legal document, Khan said that although the Commissioner of Police acknowledged the letter, his diamonds were never returned.

When the case came up this morning (May 22, 2018), Solicitor General Kim Kyte, who appeared on behalf of Attorney General, Basil Williams, disclosed that efforts to locate the alleged diamonds have been unsuccessful.

The Solicitor General said that the State will not offer settlement to Khan who has since requested the court to direct an order to the Commissioner of Police to return, according to her, the “alleged diamonds.”

Alternately, Khan has also asked the court to grant an order directing the Commissioner of Police to pay him $54M being the value of his diamonds and damages in excess of $100,000.

During preliminary submission this morning, the Solicitor General said that Khan has to prove that the stones were diamonds and also its value.

Further, the Solicitor General argued that Khan failed to bring his claim within the period outlined in Sections 6 and 8 of the Limitation Act which states that claims have to be filed within three years of an alleged impropriety.

Anyways, Attorney-at-Law Kacia Williams, who appeared on behalf of Hughes, indicated that Khan is the sole witness she will be relying on.

The Solicitor General intends to call two witnesses. Both parties have until June 22 to file witness statements (affidavit).

Both parties were also ordered by the Judge to file submissions addressing the issue of limitation as set out by the above mentioned act.

The matter goes to trial from August 23.