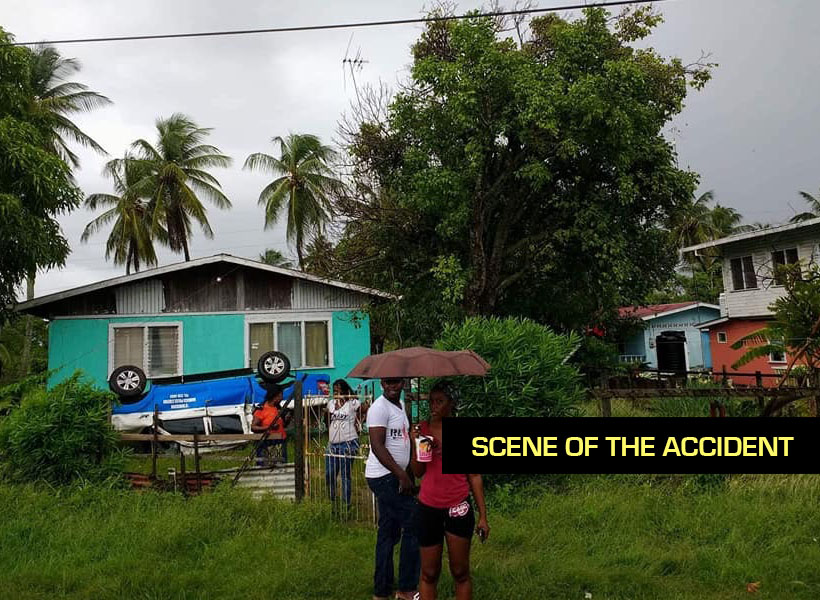 Acting Commissioner of Police, David Ramnarine has ordered an investigation after a vehicle, belonging to the Guyana Police Force (GPF), crashed into a house on the De Hoop Public Road, Mahaica, East Coast Demerara (ECD).

In a statement issued, the force said that Ramnarine has ordered a thorough investigation following the extensive damage of Foton Tunland Pickup—PWW 5411.

The vehicle which was attached to the Mahaica Police Station was donated by the Chinese Government. The Guyana Standard was informed that the vehicle was driven by a police constable identified as Paul (only name given) under the command of a police corporal.

The two policemen, along with another constable, were returning to the Mahaica Police Station when the driver reportedly swerved from a cow, and in the process, lost control of the vehicle before crashing into the house.

The three police ranks, who were on night duty, were taken to the Mahaicony Cottage Hospital. They suffered minor injuries.

No one was in the house at the time of the accident.