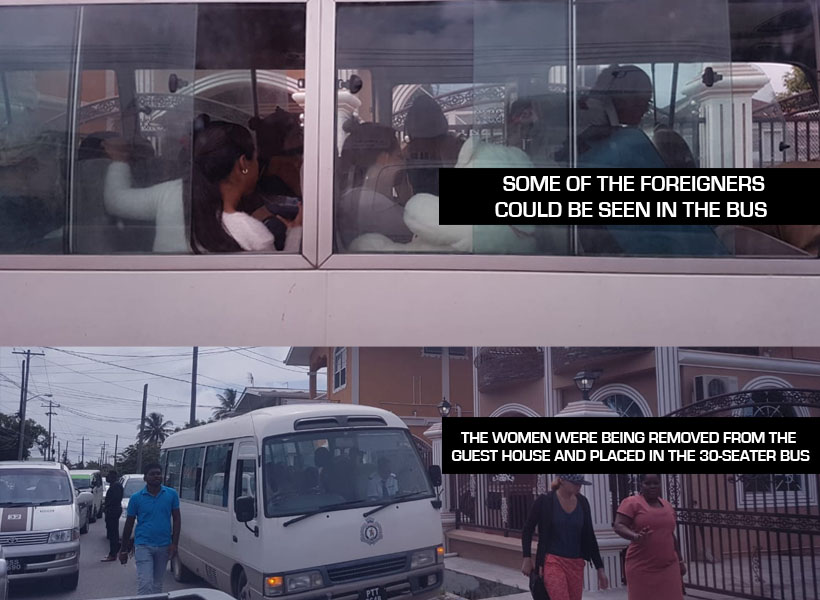 Fourteen female foreigners were detained early today (May 22, 2018) during a raid by a joint team of law enforcement agencies at a guest house in David Street, Kitty.

Reports are that the women have been working at a strip club in Garnett Street, Kitty. Majority of them do not have the required documentations to stay in the country legally.

The Guyana Standard has been informed that the police received information that more than a dozen women were being trafficked. Armed with guns, ranks emptied the building.

The detainees were placed in a 30-seater bus and taken to the Criminal Investigation Department of the Guyana Police Force for further investigations to be completed. It is unclear as to whether any Guyanese were arrested.