Home News Crime Nandlall convinced, “They are ultimately trying to get Jagdeo” 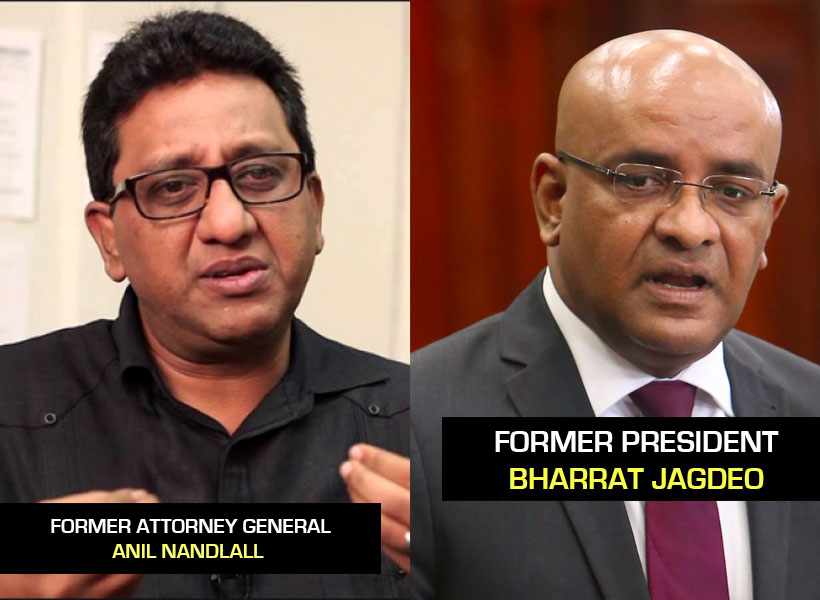 Former Attorney General, Anil Nandlall is of the firm belief that the Special Organized Crime Unit (SOCU) is out to get former President Bharrat Jagdeo.

Kowlessar was subsequently released on $200,000 bail and requested to return next Monday.

Kowlessar served as Minister of Finance from 1999 – 2006. Some of the transactions about which he was questioned took place over 20 years ago.

Nandlall said that he holds no doubt that “these investigations are driven by a political and vindictive motive. Ultimately, they are designed to get to the period when Opposition Leader, Mr. Bharrat Jagdeo, was the Minister of Finance.”

Nandlall pointed out that Constitutional immunities prevent SOCU or any other local agency from charging Jagdeo or any former Head of State for acts done while being President. “Recognizing this, they intend to go back to two decades to persecute him for transactions done while he was Minister of Finance.”

Nandlall was keen to note that the period during which Jagdeo served saw the sale of National Bank of Industry and Commerce Limited’s (NBIC) shares to Republic Bank, the sale of Stock Feeds and Neocal to Robert Badal, the sale of Guyana Stores Limited to Tony Yassin, etc. “All these transactions are now labelled as corrupt transactions.”

Further, Nandlall questioned, “Will they stop at Jagdeo’s tenure as Minister of Finance or will they go over to Mr. Asgar Ally, as well? Only time will tell. What I do know is that they will stop at October 5, 1992. So they will not investigate the sale of Guyana Telecommunications Corporation to ATN; they will not investigate the sale of Demerara Timbers Limited, or the sale of over 7 state-owned rice mills, or the sale of the National Paint Company or the sale to Carl Greenidge, while he was Minister of Finance, of a property at Bel-Air Gardens by NICIL – none of which was the subject of any form of tender and none of which were sold pursuant to any valuation certificates, or even at market value.”