Home News Crime CJ likely to rule on legality of charges against Dr. Singh and... 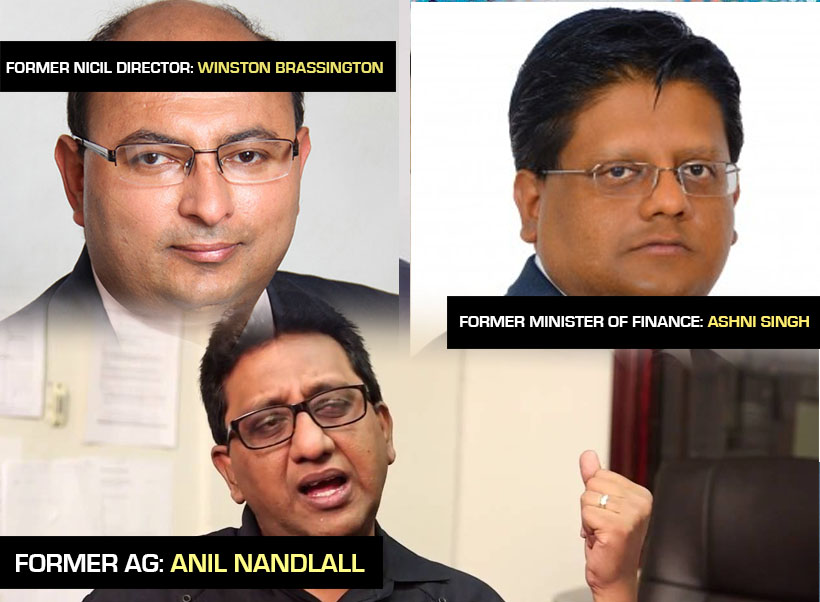 Acting Chief Justice Roxanne George is likely to hand down ruling on the legality of the criminal charges filed against former Minister of Finance Dr. Ashni Singh and former head of the National Industrial and Commercial Investment Limited (NICIL), Winston Brassington on July 30, 2018.

On May 8, 2018 the Special Organized Crime Unit (SOCU), an arm of the Guyana Police Force, filed charges for ‘Misconduct in Public Office’, against the two former high ranking government officials over the sale of three tracts of lands on the East Coast of Demerara without or without due regard for  valuation.

The charges were read to them by Chief Magistrate Ann McLennan and they were not required to plea.

After Dr. Singh and Brassington were charged and released on $6M bail each, their lawyers, including Former Attorney General Anil Nandlall, moved to the Acting Chief Justice to challenge the legality of the charges.

Last week, Justice Franklin Holder granted a stay on the magistrates’ courts proceedings pending the hearing and determination of the application to throw out the charges before the Acting Chief Justice.

Nandlall and Solicitor General, Kim Kyte said that the reason for the judge granting the stay is because he does not want the magistrates’ court matter to be ongoing while the (Acting) Chief Justice is still dealing with this matter.

When the matter came up this morning (May 25, 2018), Nandlall and Kyte were given timelines by which they have to file certain legal documents. For instance, Nandall was given until June 15, to file an affidavit in response to one filed by the Solicitor General. Nandlall was again granted until June 29, to file written submission to which the Solicitor General has to respond by July 16.

Then the matter was put off until July 30, for clarification and/or ruling by the Acting Chief Justice.

Among other arguments, Dr. Singh and Brassington lawyers are contending that to charge the men for the offence of ‘Misconduct in Public Office’, contrary to common law, is an abuse of process, malicious, biased, capricious, arbitrary, and without proper evidential basis. Further, the lawyers are arguing that the charges are made in bad faith, unreasonable, discriminatory, unlawful, and influenced by irrelevant and improper considerations and motives, null, void and of no effect.

Lawyers for Dr. Singh and Brassington have reasoned that the common law offence of ‘Misconduct in Public Office’ cannot be committed where the servant in question is specifically excluded from consideration as a ‘public officer’ under the Constitution of Guyana and/or general principles. And as such, any alleged misconduct by the applicants does not constitute misconduct in public office.

However, Solicitor General Kim Kyte maintained that the application to have the charges quashed has no realistic prospect of success, and that the Director of Public Prosecution (DPP) Shalimar Ali-Hack was within  her power to institute the charges against Dr. Singh and Brassington.

The Solicitor General is contending that lawyers for the defendants cannot establish any malfeasance, or that the DPP acted in bad faith or any exceptional circumstances or that the charges are bad in law.

According to the Solicitor General, “The charge (Misconduct in Public Office) is a very good charge. It is a common law charge. It is provided for under the laws of Guyana.”

Dr. Ashni Singh in his then capacity of Minister of Finance and Chairman of NICIL—is accused of selling on May 14, 2011 at Lot 126 Barrack Street, Kingston, Georgetown—a tract of land being 10.002 acres of Plantation Turkeyen, East Coast of Demerara, property of the State of Guyana for the sum of $185,037,000, without first having procured a valuation of the said property from a competent valuation officer.