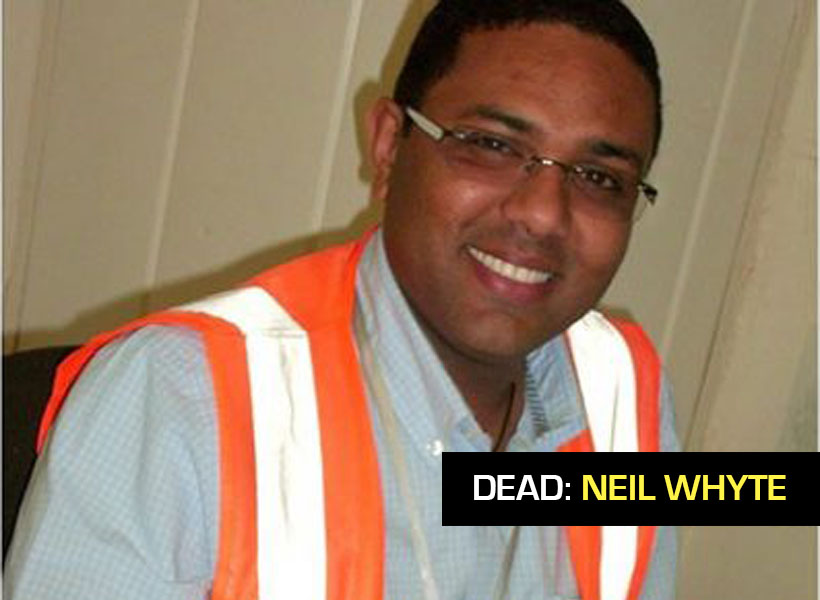 A 25-year-old man, identified as Anthony Ragnauth, has admitted to killing Guyana Goldfield Inc. procurement officer, Neil Whyte during a robbery at his Thomas Street, North Cummingsburg, Georgetown apartment on Monday (May 21, 2018).

The bound and naked body of the Canadian citizen was found with multiple stab wounds in his apartment by a security guard. The discovery was made shortly after the suspect left the Guyana Goldfields Inc. apartment complex.

Cops believed that the killer and his victim were lovers. It was Whyte who took the 25-year-old man to his home.

Yesterday (May 24, 2018), the suspect, a former employee of Guyana Goldfield Inc. took ranks to a location at Fifth Street, Alberttown where he handed over several items belonging to the victim, including a knife, suspected to be the murder weapon.

A police source indicated, “He (alleged killer) is not coming clean with everything but he did admit to killing Whyte and removing things from his home. What we don’t know is if he had planned the murder before or whether it had just happened.”

The Guyana Standard was told that Whyte, of Suit 1608-141 Adelaide Street, West Toronto, Ontario, Canada, was known to take strange men to his apartment whenever he was in the country. Also, it was not the suspect’s first time in the building.

According to information received, the victim had left his apartment building Monday night, telling the security guard that he was going to pick up a friend in Georgetown. The 42-year-old man had returned from a work trip in the hinterland region a few hours prior.

Sometime later, the Guyana Standard has been told, the procurement officer returned to his apartment, accompanied by the 25-year-old suspect.

The perpetrator spent a few hours in Whyte’s apartment before leaving around 23:30 hrs.

This news agency has been told that the gold company has a policy whereby employees occupying the building must check out their guests, and since this was not done by Whyte, the security guard went to his room to check on him.

It was then that the procurement officer was found lying in a pool of blood on his bed—he was already dead.

Police were notified and the young suspect was arrested early the following morning at his home in Vryheid Village, West Canje, Berbice.

Meanwhile, Whyte’s body was handed over to the family today, after the post mortem was done at the Georgetown Public Hospital Corporation.