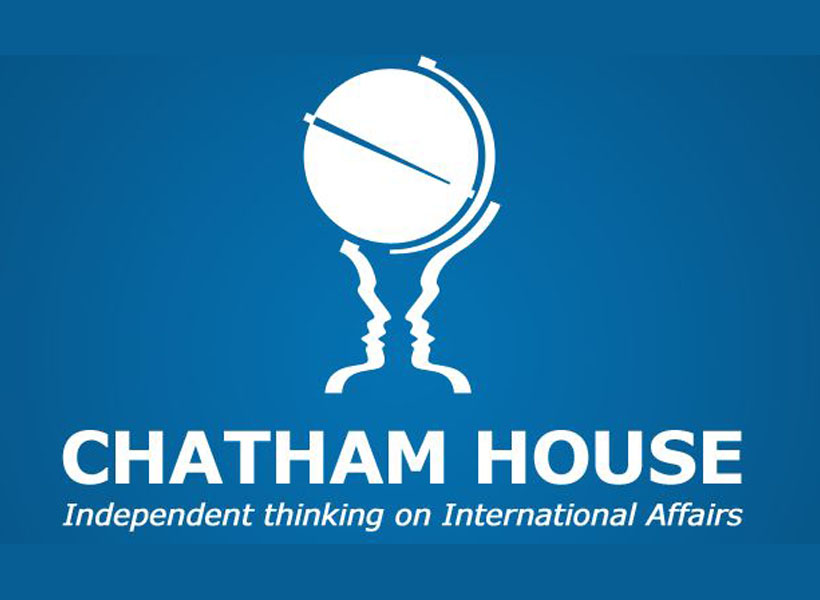 Chatham House, a London based organization concerned with the eradication of corruption, has praised the Government of Guyana’s efforts to establish a Sovereign Wealth Fund which has been named the Natural Resource Fund (NRF). But officials of Chatham House recently noted that it is not enough to simply have the Fund. They stressed that the APNU+AFC Government must also put into law, strict provisions for reporting on the use of the Fund and the purposes for which the sums of money were used.

Chatham House officials recently told the Guyana Standard that the organization had furnished the Guyana government with a report that highlights key measures needed to be put in place to ensure transparency for the NRF.
The government was warned that if it fails to institute laws which speak to strict reporting requirements, then it is creating an environment that will lead to mismanagement of resources as well as the temptation of arbitral withdrawals. Chatham House told the Guyana Standard that

Chatham House also shared with the Guyana Standard, the report it gave to the government since 2015 regarding the NRF.

In that report, Chatham House pointed out that NRFs serve one or many of the following macroeconomic or governance objectives: smoothing budget expenditures, saving for future generations, sterilizing capital inflows, safeguarding resurce revenues or earmarking resource revenues for specific domestic investments.

It said, “Perhaps the most effective means of achieving these objectives is to codify fiscal and governance rules, develop internal mechanisms and capacity to follow these rules, manage funds, and empower oversight bodies to ensure compliance with the rules.

Transparency is the main factor that will effectively support each of these steps. Norway, for example, has not legislated fiscal rules; rather, the major political parties have agreed to a fiscal rule by consensus.”

Guyana was advised by the Chatham House representatives to take note of this approach and implement same.

In recognition of the benefits of this type of transparency, Chatham House said that jurisdictions such as Alaska (USA), Chile, Ghana, Texas (USA) and Timor-Leste have legislated or regulated a high degree of natural resource fund transparency.

Chatham House is not the only globally recognized body that has called for Guyana to have transparent and rigid reporting requirements on the use of the NRF. The International Monetary Fund has also made similar recommendations.

With oil production two years away, the Government of Guyana is still to consider the Bill on the NRF which will pave the way for its creation.