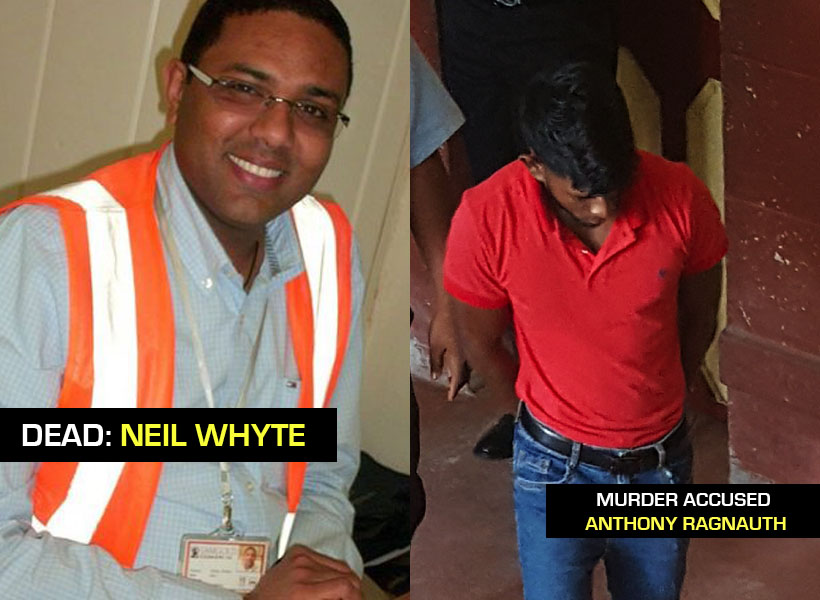 A 20-year-old mason was today (May 29, 2018) charged and remanded to prison for the murder of Neil Whyte, a Canadian citizen and Supply Chain Manager of Aurora Gold Mine in Guyana.

Anthony Ragnauth of Middle Road, LaPenitence, Georgetown appeared before Magistrate Leron Daly in the Georgetown Magistrates’ Courts where he was not required to plead to the indictable charge.

Particulars of the charge alleged that on May 24, 2018 at Lot 252 Thomas Street, South Cummingsburg, Georgetown, he murdered Whyte who also resided at 1608-141 Adelaide Street, West Toronto, Ontario, Canada.

According to reports, 42-year-old Whyte was found bound and naked in a pool of blood in his apartment some time after taking a male friend there. Reports state that after the male friend left in a hurry, the security guard at the apartment went to inquire from Whyte as to why he did not see his guest out.

But instead, the security guard found Whyte’s motionless body. Police in a statement said that a post mortem examination performed on Whyte revealed that he died from multiple stab wounds.

Back in court, Attorney-at-Law Latchmie Rahamat who was retained by Ragnauth requested that he be taken for medical attention after alleging that her client was beaten by police ranks.

Rahamat claimed that while in police custody pending investigations, Ragnauth was beaten with a baton by several detectives, who she alleged, squeezed his genitals. The lawyer told the court that her client has an unblemished criminal record.

Magistrate Daly ordered that the murder accused, who is not due back in court until June 18, 2018, be seen by a medical practitioner.