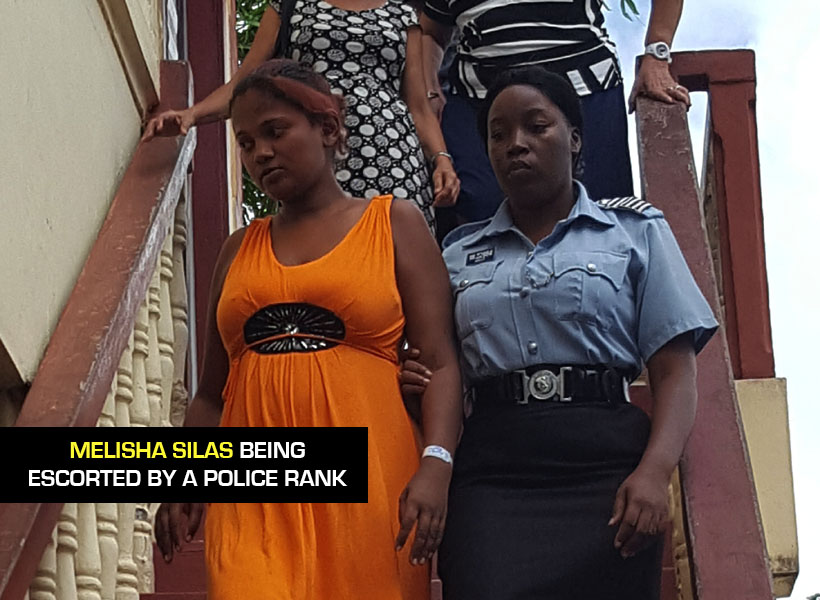 Less than a week after she allegedly confessed to strangling her reputed husband, 28-year-old Melisha Silas was today (May 29, 2018) released on $200,000 bail after being charged with manslaughter.

Silas, who is a mother of one and is five months pregnant, appeared before City Magistrate Leron Daly in the Georgetown Magistrates’ Court. The woman was not required to plead to the charge which alleged that on May 13, 2018 at Soesdyke Back Road, she unlawfully killed 32-year-old Julian Anthony Reberio, her reputed husband.

Police in a statement said that Silas confessed to strangling her reputed husband during an argument on Mother’s Day at their Soesdyke home.

However, according to police, she only made this revelation after a post mortem examination showed that her spouse died as a result of asphyxiation due to compression injuries to his neck.

Silas had initially told detectives that Reberio came home intoxicated when he fell and hit his head.

Police Prosecutor Sanj Singh had no objections to the pregnant woman being granted bail. The prosecutor told the court that investigation into the matter is still incomplete.

Silas will make her next court appearance on June 18, 2018 when she will appear before Chief Magistrate Ann McLennan.