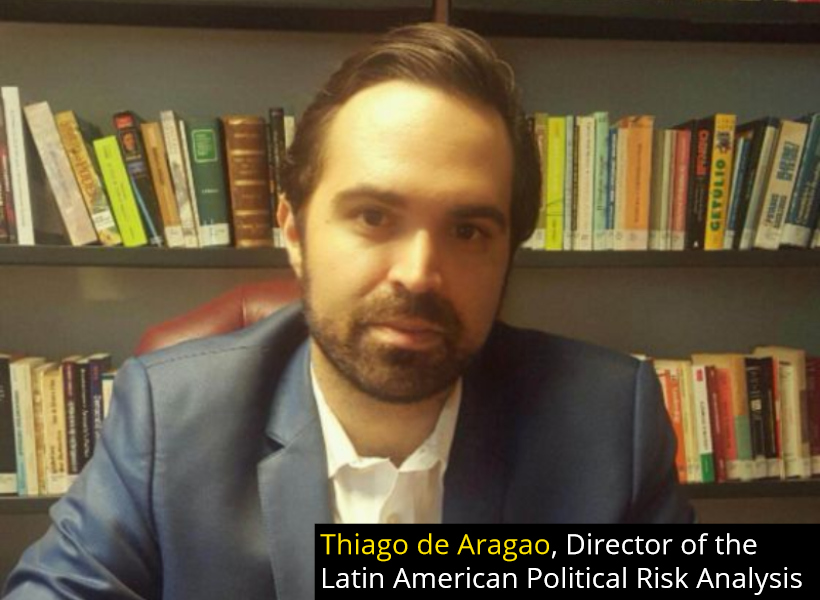 There is no need for Guyanese to wait until 2020 to determine if the Government will be prone to the mismanagement of the nation’s oil resources. According to Thiago de Aragao, Brazil’s leading Political Analyst, there is a list of red flags that citizens can look for now.

During an exclusive interview with the Guyana Standard, Aragao said that the “kidnapping” of a nation’s Energy Ministry by party hacks is the one factor that tops the list.

Expounding on this point, Aragao said, “When you see a Ministry of Oil and Gas, or in Guyana’s case,  a Department of Energy being excessively linked to a specific party or group of party loyalists, then you have to increase your vigilance. This is a major red flag.”

The Political Analyst said, “It is very easy for a politician or political group to kidnap an area that controls oil and gas exploration. If this occurs, the political group or person cloaks the Department from the influence of an impartial body or even Parliament as it relates to staffing and dictating policies. Instead, the government ensures it has a heavy influence in the process.”

The Director of the Latin American Political Risk Analysis added, “Unhealthy ‘political’ decisions are made as a consequence of the kidnapping and eventually, the politicians end up demanding their share of the royalties. Brazil and Venezuela are examples of this mistake and today, the people suffer for it. Guyanese should not allow this to happen.”

For the time being, Minister of State, Joseph Harmon is overseeing the staffing of the Department of Energy. He noted at one of his post-Cabinet press briefings that the Terms of Reference and payment packages for successful candidates are still being worked out.

During his interview with the Guyana Standard, the Brazilian Political Analyst cited other warning signs. Aragao said that the press should always have access to information regarding the oil and gas sector. He opined that if the media corps is prevented from getting information that is crucial for the public’s understanding of the government’s operations then this is “a terrible signal.” He stressed that the press is “the lantern for the people…”

In spite of incessant calls, media operatives are still without the Bridging Deed; a document used to replace the 1999 Production Sharing Agreement and the 1999 Prospecting Licence that was granted to Esso Exploration and Petroleum Guyana Limited (EEPGL). The Government is still  to release as well, the names of the individuals who provided the nation’s negotiators advice/counsel during the 2016 revision of PSA signed with EEPGL and its three other partners, Hess Corporation and CNOOC/NEXEN.

Citing another warning sign, Aragao said, too, that if policy makers cannot explain what are the short, middle and long term plans for the oil revenue to come, then there is a 85 percent likelihood to waste resources. Guyana’s government is yet to determine what percentage of the oil revenue it will save and spend, much less future expenditure plans.

The Brazilian official also called on Guyanese to be vigilant of appointments to key positions in the oil sector, especially where the individuals lack the accompanying knowledge and experience.