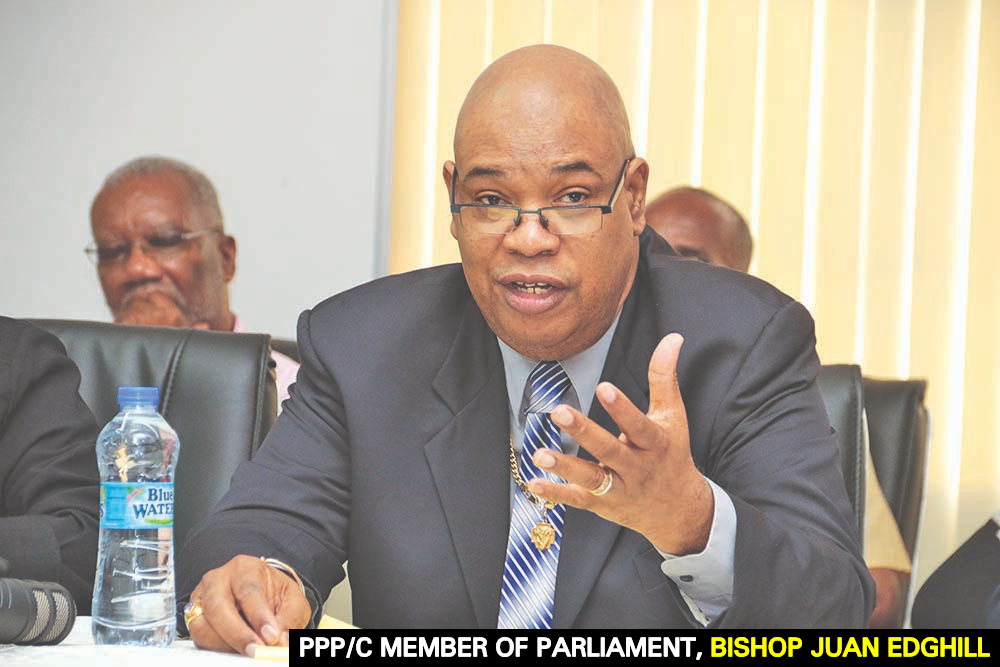 The National Drainage and Irrigation Authority (NDIA) is encouraging an incestuous relationship between a construction company that is working on a major government project and the firm that has to supervise the works.

People’s Progressive Party/ Civic (PPP/C) Member of Parliament, Juan Edghill pointed this out today as he said that taxpayers’ money can end up being wasted on the project. He said that works at the Three Friends pump station in Essequibo are considered to be in jeopardy.

Edghill said that evidence is available to NDIA that construction company Samaroo Investment and consultancy firm, C.B & Associates Inc., are too close for comfort.

He said the very fact that NDIA knows this and, has chosen to ignore it, leaves one to question whether the agency is plagued by corruption.

Edghill said this during a brief telephone interview with Guyana Standard a little after he released a statement highlighting the matter.

In his statement, Edghill said, “It has been brought to our attention that the consultancy firm, C.B & Associates Inc., which shares a close relationship with the Deputy Director of NDIA, received a letter of credit of $15M from Samaroo Investment, the contractor on this project, to secure his bid and was subsequently awarded the consultancy services for this project.”

Edghill pointed out that in effect, a consultant, whose financial security is dependent upon that contractor, is supervising the said contractor on a project.

The Opposition Parliamentarian said, “All of this is known at NDIA, yet nothing has been done to bring an end to this incestuous relationship that exposes the state and taxpayers (substandard work). This is real Misconduct in Public Office. I hope that the goodly gentleman, Mr. Fredrick Flatts, the Director of NDIA, will not allow himself to be used again by the Director of Public Information to provide a cover up to obvious corruption.”

Further, Edghill made a public call upon the Public Procurement Commission (PPC) and the Office of the Auditor General to immediately investigate “these glaring breaches of our procurement laws.”