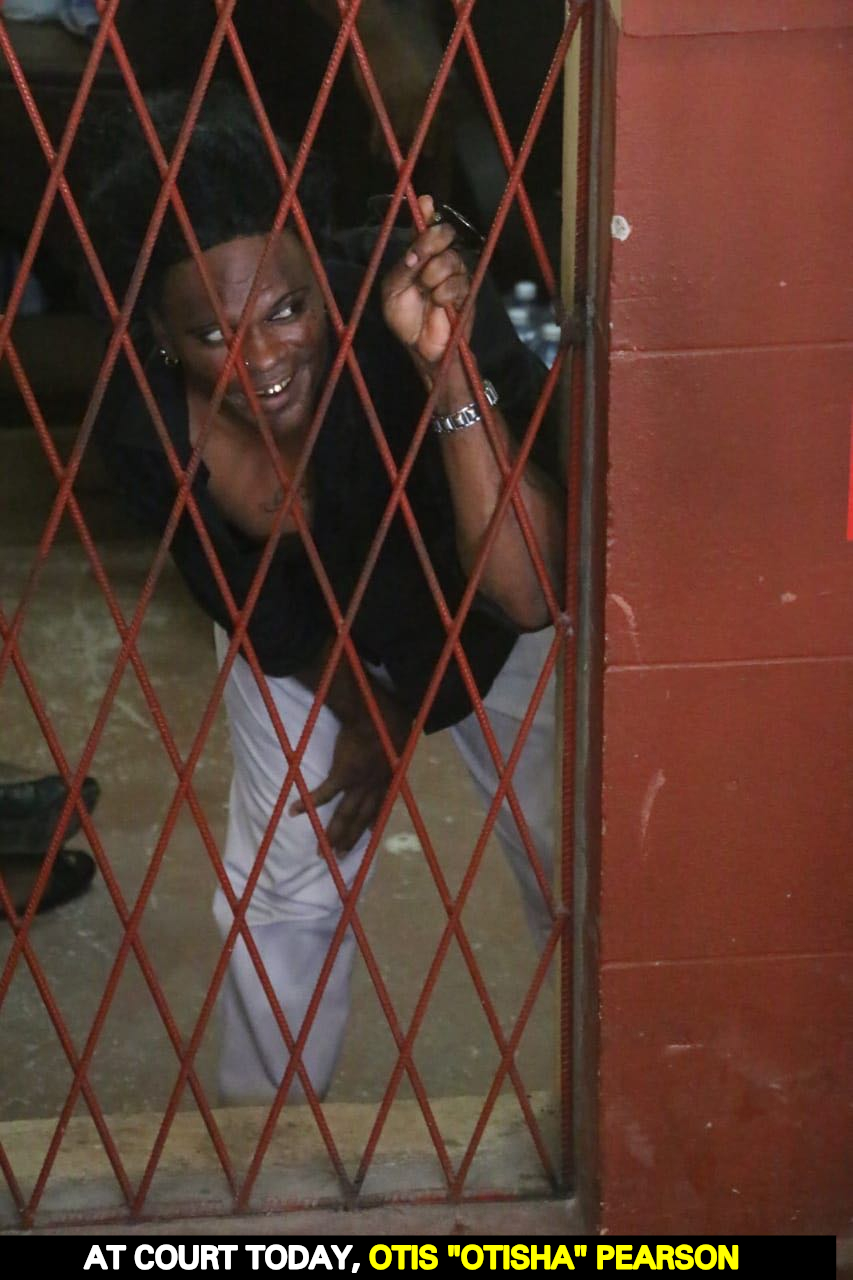 Months after one of Guyana’s most popular cross dressers, Otis “Otisha” Pearson, disclosed on television that he has “a young boy for every day of the week;” he was today charged with rape of a 14-year-old boy.

Pearson, who appeared  jovial, was seen interacting with his fellow members of the lesbian, gay, bisexual and transgender (LGBTI) community who went to support him.

He was not required to plead to the allegation which stated that on December 24, last, at Station Street, Kitty, Georgetown, he caused a 14-year-old boy to perform a sexual act; that is to say, penetrate his anus.

Persons who were seated in courtroom were heard giggling when the Magistrate read the charge.

His lawyer, Ronald Burch-Smith pleaded with the court to grant his client bail in a reasonable amount citing that his client will adhere to any conditions the court attach.

Police Prosecutor, Sanj Singh had no objection to bail being granted to Pearson but asked that conditions be attached.

Magistrate Daly granted Pearson bail in the sum of $300,000. Conditions of the bail are that he must lodge his passport with the court and report every Monday to the Alberttown Police Station.

Pearson, upon hearing he was granted bail, turned to one of his associates and shouted “Call my man and tell him bring the money. Hand me my sunglasses let me go downstairs and pose for the photographers.”

The court orderly had great difficulty in handcuffing Pearson who began resisting and even began shouting “is why this young officer harassing me.”  Pearson’s lawyer had to tell him to comply with the officer.

Earlier this year, Police, along with the Child Care and Protection Agency (CC&PA), had launched an investigation after a photograph appeared on social media with Pearson in the company of a young boy.

It was reported that Pearson would normally entice and pay young boys to engage in sexual activities, these allegations triggered CC&PA to compile a file into the alleged misconduct by Pearson and send it to Director of Public Prosecution (DPP) for advised.

Pearson is expected to make his next court appearance on June 19 before Chief Magistrate Ann McLennan for assignment.