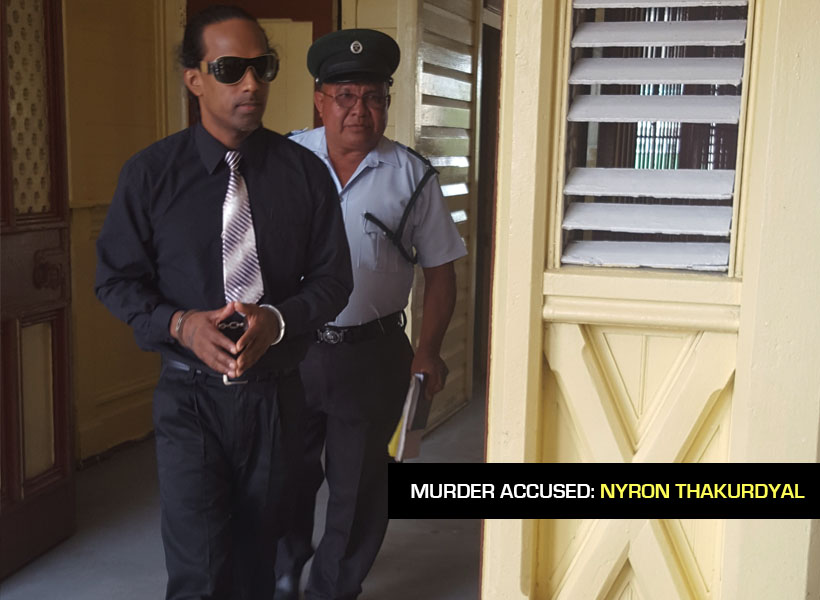 Vishwantie Ragnauth and her reputed husband, Nyron Thakurdyal, will go on trial from tomorrow (June 6, 2018), for the murder of her uncle Sunil Ramsundar, who was stabbed to death after a misunderstanding back in 2014.

The two murder accused appeared before Justice Sandil Kissoon this morning (June 4, 2018) at the High Court in Georgetown, hours after a ceremonial parade to mark the opening of the Demerara Assizes.

Prosecutor Lisa Cave presented the indictment against Ragnauth and her common-law spouse on behalf of the state.

Ragnauth and Thakurdyal, have both pleaded not guilty to the charge which states, that on December 26, 2014, at Patentia, West Bank Demerara, they murdered Ramsundar. The duo is being represented by Attorney-at-Law Nigel Hughes. A total of 10 witnesses, inclusive of police ranks and civilians are expected to testify on behalf of the state.

On Boxing Day 2014, Ramsundar was killed after he reportedly attempted to settle a disagreement involving his sister and Ragnauth and her reputed husband. Reports indicate that Ragnauth was assaulting her mother, a sister of Ramsundar.

The now dead man, at the time, had approached his sister to inquire what the problem since she was crying. After learning of the alleged assault, Ramsundar approached his niece for an explanation and was in the process, stabbed about the body, allegedly by the woman and her reputed husband. Ramsundar collapsed and was rushed to the West Demerara Regional Hospital where he was pronounced dead on arrival.

PPP/C government failed to deliver 50% increase to all public servants...