Home News 28.6 billion pounds of plastic being dumped into the oceans annually 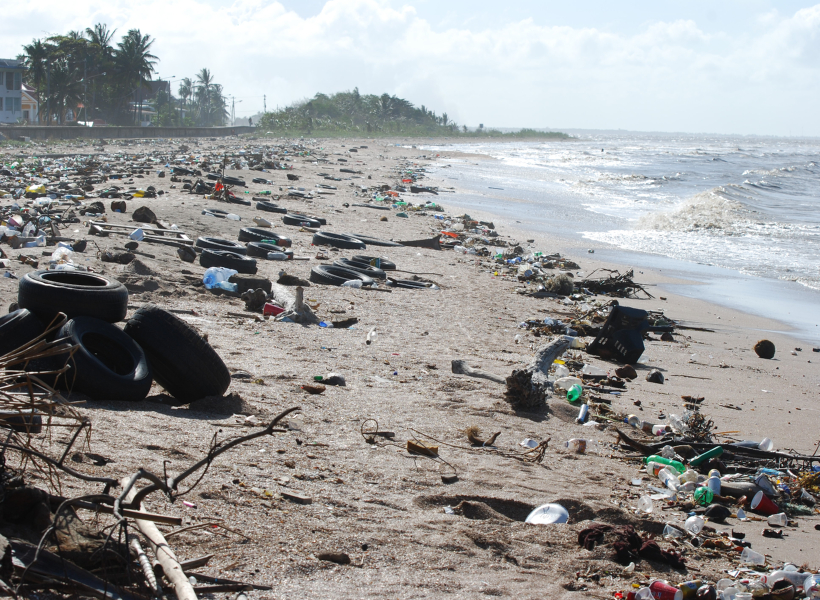 As the countries observe World Oceans Day today (June 8, 2018), there is not much to celebrate, given the fact that the major waterways are so heavily polluted with plastic refuse that soon, there will be more of it than fishes.

The theme for this year’s observance has been appropriately titled, “Preventing plastic pollution and encouraging solutions for a healthy ocean”.

This issue was a major talking point in the Secretary-General of the Caribbean Community (CARICOM), Ambassador Irwin LaRocque’s address to the region, published today.

He noted with concern, the growing level of plastic pollution in our oceans.  His statement coincides with statistics provided by the United Nation (UN)’s, which states that more than 13 million tonnes (equivalent to 28,660,094,084 lbs of plastic) are being leaked into the oceans each year with 100,000 marine animals killed by plastics annually.

LaRocque stated that the stats indicate plastic production will double in the next 10 to 15 years, which means that if the world continues this way, there will be more plastics than fish in the ocean by 2050.

The UN is warning that plastic pollution now stands as one of the biggest environmental challenges of our time.

“The CARICOM Region recognized that this is indeed a major threat.  Through the work of CARICOM technical agencies, especially the Caribbean Public Health Agency (CARPHA), initiatives for the management of plastics to reduce the impacts on the environment have been undertaken.” Ambassador LaRocque has assured.

He noted that there are ongoing marine litter management programmes through collaboration between CARPHA and the UN Environment Programme – Caribbean Regional Coordinating Unit (UNEP/CAR-RCU).

Additionally, under the Global Environment Facility-funded, “Integrating Water, Land and Ecosystems Management in Caribbean Small Island Developing States Project (GEF IWEco)”, being co-executed by CARPHA and UNEP, a research component will focus on marine litter impacts on the environment and biodiversity, including microplastics, within the region.

He added that while these initiatives are positive, CARICOM is still concerned by the data which informs that five trillion plastic bags are used each year, and one million plastic bottles are bought each minute.

“More disturbingly 50 % of all consumer plastics are single use.  It is evident therefore that we need to look meaningfully at our consumption and production patterns.  At the regional level, tackling this issue which threatens both marine and human well-being, requires the cooperation and collaboration of both public and private sectors together with our academic institutions and civil society, especially our consumer and youth groups.” He noted.

In conclusion, the CARICOM Executive emphasised that as a Region, countries have to accept lifestyle changes and effect behavioural change to good environmental practices.

“We must do our best to protect our CARICOM environment,” LaRocque urged.