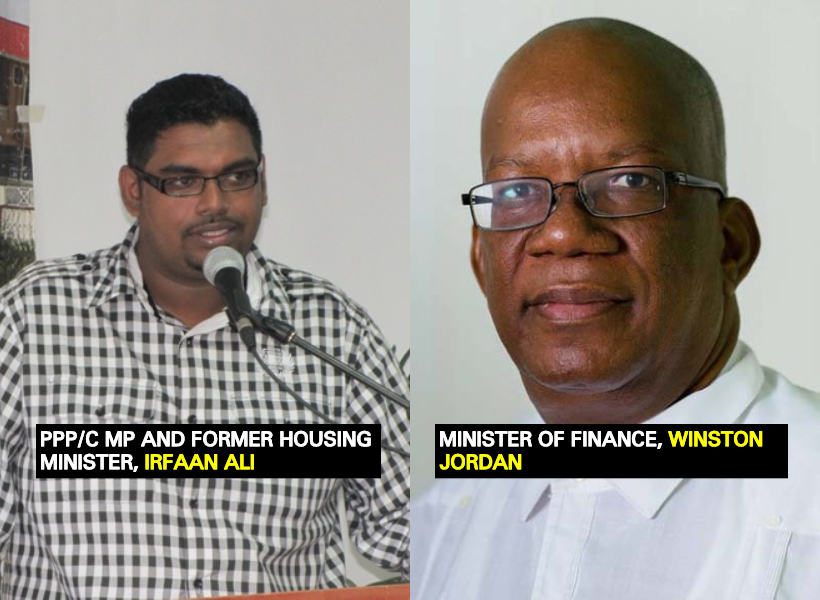 The economist made this known at the 48th Annual Meeting of the Board of Governors of the Caribbean Development Bank (CDB). This event was held in Grenada. While no reasons were disclosed for the .4 percent decline, the Finance Minister continues to face criticisms from the political opposition for his economic forecasting abilities.

Opposition Member, Irfaan Ali said, “The Ministry of Finance is in the habit of saying x will happen tomorrow and when it does not happen, it has all the excuses in the world to explain why it did not occur. It is not even half year as yet and the GDP figure is being cut. One anticipates that another chopping of the figure is in the making.”

The Opposition Member continued, “Gold reserves which help stabilize foreign exchange rates, and acts as a reserve currency in performing transactions in international trade, has tanked; net foreign reserve that helps safeguard against exchange rate volatility and secure our import bill, is also on the decline. Market securities, another critical source of foreign currency, have also declined.”

In summary, Ali contended that Guyana’s financial system is heading for a precipitous fall. He said that compounding this phenomena, is the fact that private enterprises continue to record large deficits, coupled with shrinking contributions to net domestic credit. On the fiscal side, he highlighted that government’s deficit and total debt continue to proliferate.

In spite of Ali’s criticisms and even those raised by other critics, Minister Jordan remains unmoved. He still foresees a positive outlook for 2018. He said that this is notwithstanding further declines in the sugar industry.

The economist recently projected that there will be increased output in the rice, construction, manufacturing and services sectors. He said that this robust performance is expected to continue into the medium term, with anticipated oil production, in early 2020, contributing to a dramatic increase in the Gross Domestic Product (GDP) of Guyana.

The Finance Minister said, too, that the Government has taken steps to ensure improved performance in 2018 with target budget interventions to catalyze private sector investments.

He promised that the government will continue to remain vigilant to maintaining sound fiscal and macroeconomic policies, including debt sustainability, as it strengthens public sector to improve the rate of implementation of public investment projects in 2018.