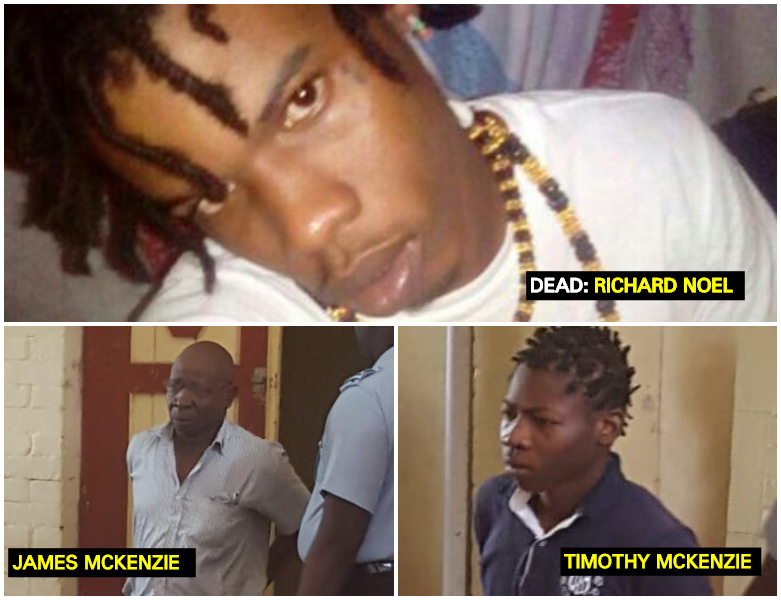 Two residents of Kitty, Georgetown were today (June 13, 2018) charged and remanded to prison for the murder of 20-year old fruit vendor, Richard Noel which occurred two Mondays ago.

Minibus operators James McKenzie and Timothy McKenzie were arraigned before Chief Magistrate Ann McLennan in the Georgetown Magistrates’ Courts. They were not required to plead to the indictable charge.

It is alleged that on June 4, 2018 at Stabroek Market, Georgetown, they murdered Noel of William Street, Kitty, Georgetown. Both murder accused were represented by Attorney-at-Law Stanley Moore.

Based on reports, Timothy McKenzie had an ongoing feud with Noel over him beating his sister. It is alleged that on the day in question, while Noel was walking away, Timothy McKenzie followed and stabbed him twice to the chest.

The injured man was rushed to the Georgetown Public Hospital Corporation where he died while receiving treatment.

Police Inspector Gordon Mansfield, a prosecutor attached to the Chambers of the Director of Public Prosecution (DPP), told the court that the case file for the matter is still incomplete.

Nevertheless, the Chief Magistrate remanded both murder accused to prison and ordered to make their next court appearance on June 29, 2018.