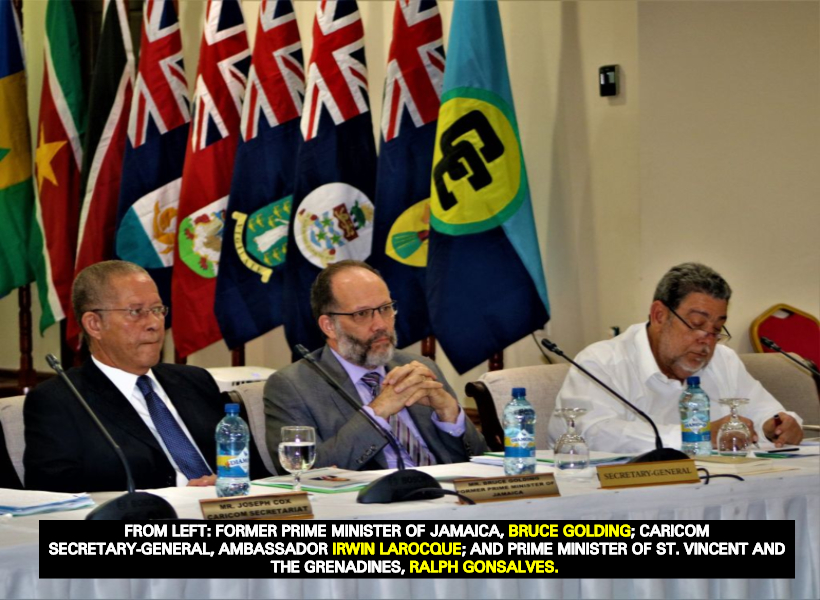 Former Prime Minister of Jamaica, Bruce Golding, is of the opinion that there is a lack of “proper functionality” with regards to members of the Caribbean Community (CARICOM), implementing decisions.

The former PM made these remarks and others, during the recently concluded Stakeholder Consultation on the CARICOM Single Market and Economy (CSME) Forum that was held in Guyana.

“…Like in building a house, you can’t live in it if the roof is not yet on, you can’t feel safe in it if it has no doors and windows, you can’t function properly in it if the plumbing and electrics are not installed and you certainly won’t be comfortable in it if the furnishings are not in place. It doesn’t have to be palatial or luxurious but it must be functional. We are still far away from that stage of functionality”, he posited.

The former PM made no qualms stating to note that the list of outstanding actions that Member States failed so far to complete was both “distressing and embarrassing”.

He added that “we continue to be deceptive to each other and to the Caribbean people in repeatedly and so passionately proclaiming our commitment to the CSME as an integral part of the regional integration process while concealing the doubts and fears that prevent us from honouring that commitment.”

Golding pointed out that stakeholders had to confront the perception that when fully operational, the Caricom Single Market Economy (CSME) would do more harm than good.

“The plain truth that we must now accept is that the CSME is stuck on a hill. It can’t be allowed to remain there. Tinkering will not solve that problem. We must make up our minds either to move it up or roll it back. But that decision depends on whether we believe that what lies at the top of the hill is worth climbing to reach”, the politician said.

Sending the same message, was the CARICOM’s Secretary-General (SG) Ambassador Irwin LaRocque, who urged member states to hasten their efforts in implementing agreed-upon policies, including those related to Contingent Rights and matters related to Public Procurement.

He noted that the non-implementation of decisions and policies is affecting the private sector, as well as the bloc’s credibility.