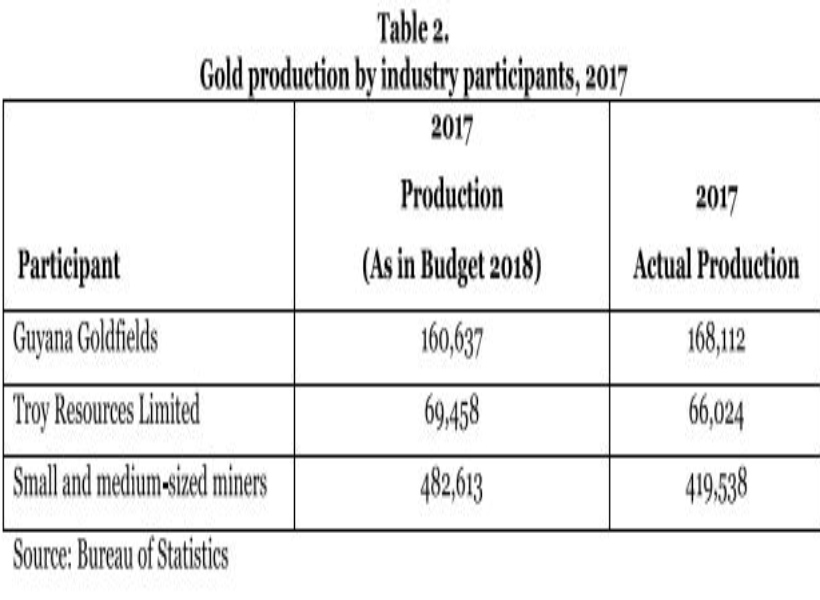 Deplorable road conditions and high fuel prices were just two of the multiple factors that affected the performance of small and medium scale miners last year.  This was noted by Finance Minister, Winston Jordan in his 2017 End of Year Report.

In the 2018 budget, Jordan projected that gold production by small miners would be 482,613 ounces. But only 419,538 ounces was declared. Jordan told the Guyana Standard today that discussions will ensue upon his return from overseas to address these conditions which continue to affect the small miners.

The economist also noted that the production of large-scale companies was affected by certain factors. In his report, the Finance Minister noted that Troy Resources Limited and Guyana Goldfields were affected by a lower grade of ore and unscheduled maintenance. At the time of budget 2018, Jordan had said that Troy Resources Limited was projected to produce 69,458 ounces while Guyana Goldfields was expected to make 160,637 ounces. As at December 31, the companies produced 66,024 ounces and 168,112 ounces of gold respectively.

Jordan noted too, that gold declarations overall maintained a steady performance in the first three quarters of 2017, but it was in the last quarter that declarations plummeted. He said that on the whole, the projections for gold in 2017 were 712,706 ounces but it turned out to be 653,674 ounces.

Even in the face of this disappointing performance, the government remains optimistic that its 2018 target of 800,000 ounces of gold will be achieved.