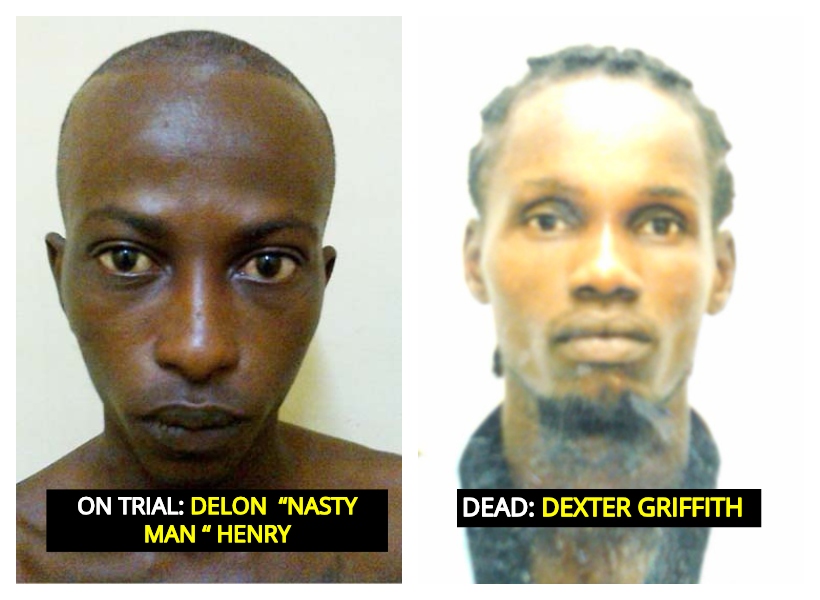 Henry appeared this morning (June 13, 2018) at the High Court in Georgetown where he pleaded not guilty to the charge which alleged that on September 29, 2015, in the county of Demerara, he murdered Dexter Griffith.
Appearing for the now 26-year-old murder accused in Attorney-at-Law Adrian Thompson. Prosecutors Lisa Cave and Orinthia Schmidt are presenting the state’s case.

According to Prosecutor Schmidt, on the day in question Henry shot and killed Griffith.
Lorraine Griffith, the mother of the dead man testified that she spoke with her son minutes before he died.
According to the grieving mother, at around 17:30 hrs, on the day in question she was sitting in front of her gate at 465 East Ruimveldt, Georgetown, from where she watched her son played football.
She added that some time after, her son took a bath and went up the road to ‘Warlock’ after some friends had come to the home and called out for him. The witness recounted that she later met up with her son and told him that his daughter was crying, after which, a man called ‘Gunbutt’ rode up alongside her son and inquired of one ‘Delon.’

Lorraine Griffith added that she heard what appeared to gunshots minutes after she walked off from the scene.
She said that she next saw people running away from the scene. According to the woman, she inquired from her son’s “child mother” about what had happened and she was informed that her son was shot.
The mother told the court that she ran up the road where she saw her son lying in a gutter. She added that her son died at the Georgetown Public Hospital Coporation.