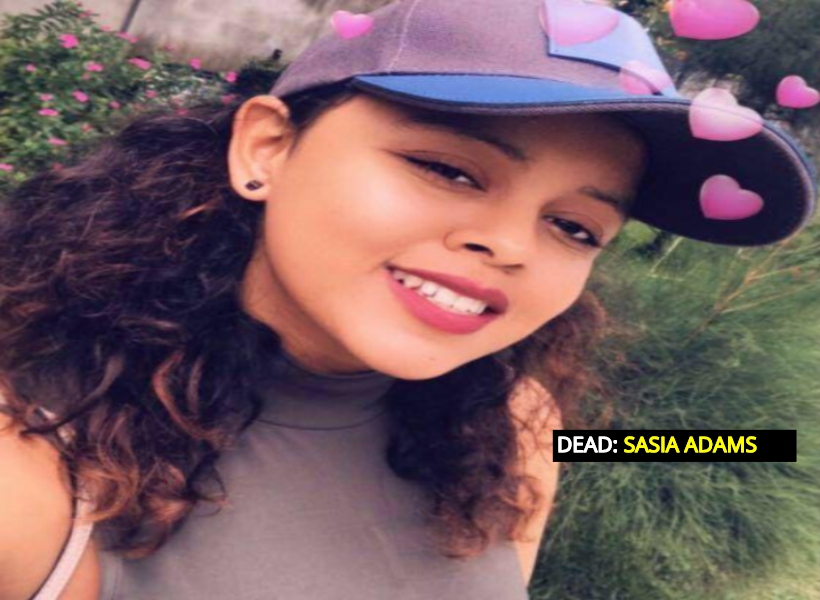 The 19-year-old receptionist, who succumbed on Tuesday after allegedly jumping from a moving car two days before, has died of a blunt trauma to the head.

This is according to a post-mortem examination performed by Government Pathologist, Dr. Nehaul Singh at the Georgetown Public Hospital Corporation (GPHC) yesterday.

Sasia Adams, a Ramada Georgetown Princess Hotel employee reportedly jumped from her boyfriend’s car during an argument on Sunday, but her family members are insisting that the young woman’s dead was in fact a murder.

They claimed that Adams shared an abusive relationship with her 21-year-old partner and believed that he might have either pushed her out of the vehicle or hit her in the head with an object.

The Guyana Standard was this morning informed that the 19-year-old woman’s injuries are similar to those sustained by a murdered victim and also someone who might have died from a vehicular accident.

“This victim received a hard hit to her hard, so it could either be a case where someone hit her with an object or she indeed fell out of the car and hit her head on the road,” the rank revealed.

He added, “If indeed she jumped from the car then the boyfriend had to be driving fast for her to sustain those injuries. We don’t believe he pushed her because it would have been hard for him to drive so fast, stretch over to her side and opened the door then pushed her out.”

The 21-yer-old boyfriend has since been placed on bail as the police continue to look for evidence to determine whether Adams’ death was a murder or accident.

According to information received, the young couple was travelling on Lamaha Street to Adams’ home on East Street, Georgetown from the Giftland Mall when an argument erupted. It is unclear what the argument was about.

The young man reportedly told detectives that during the argument, Adams threatened to jump out of the vehicle but since she made similar threats before, he did not take her seriously.

The Guyana Standard has been told that while driving, the 19-year-old took off her seat belt, opened the car door and jumped out of the vehicle. She was immediately picked up by the young man and rushed to the Balwant Singh hospital.

Adams was admitted in the hospital’s Intensive Care Unit until she succumbed around 10:30 hrs on Tuesday.