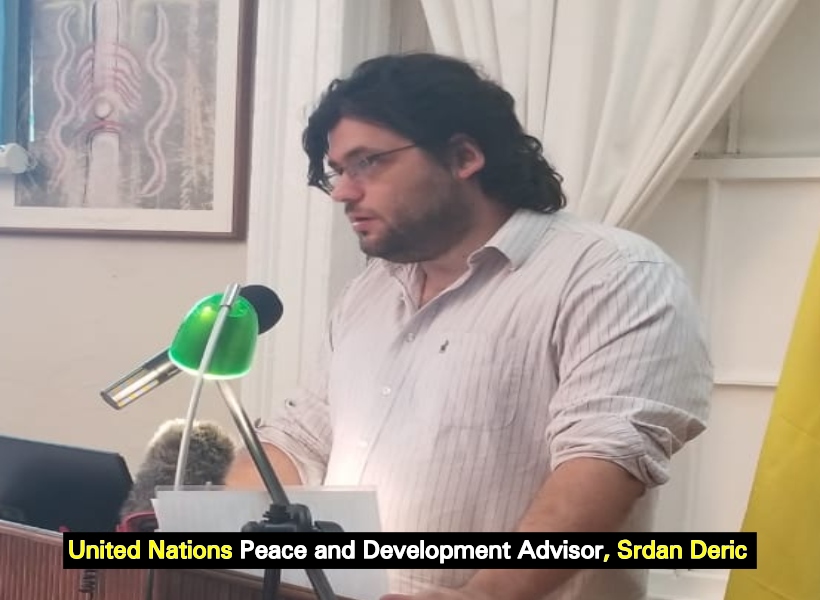 With Guyana being approximately 20 months away from first oil, there is a race to get the necessary institutional and legal framework in order. There is also a rush to close the capacity gap at political and technical levels in managing various aspects of the oil and gas sector.

While all of these are necessary, United Nations (UN) Peace and Development Advisor, Srdan Deric believes that the most important effort will involve a mutual commitment to good governance principles by all the stakeholders in Guyana.

Deric made this declaration yesterday during a conversation on oil and the economy at Moray House. He was one of three presenters there.

At the two-hour event, Deric said that by moving forward on the principles of good governance, Guyana
would be able to benefit from oil in an equitable, fair and sustainable manner.

On this premise, he noted that good governance principles have been a guiding light in the work of the
United Nations worldwide. In this regard, Deric said that there are eight principles which are used by the
UN. These are: participation, rule of law, consensus, equity and inclusiveness, effectiveness and
efficiency, accountability, transparency and efficiency.

As it relates to the standard of participation, Deric said that citizens should be able to voice their own
opinions through legitimate immediate organizations or representatives.

With regard to the rule of law, he stressed that the legal framework should be enforced impartially,
especially on human right laws.

As for effectiveness and efficiency, the UN official said that processes and institutions should be able to
produce results that meet the needs of their community while making the best of their resources.

On the principle of accountability, the official emphasized that governmental institutions, private sectors,
and civil society organizations should be held accountable to the public and institutional stakeholders.

Turning his attention to transparency, he noted that information should be accessible to the public and
should be understandable and monitored.

Deric noted however that the implementation of these principles rests on overcoming the mistrust which
dominates the socio-political sphere. The UN official said that this is a key requirement in ensuring the
inclusiveness necessary to reach consensus on oil and development related matters.

He stressed that the long-term prospects of the country should not and cannot be held hostage by short
term political opportunism.