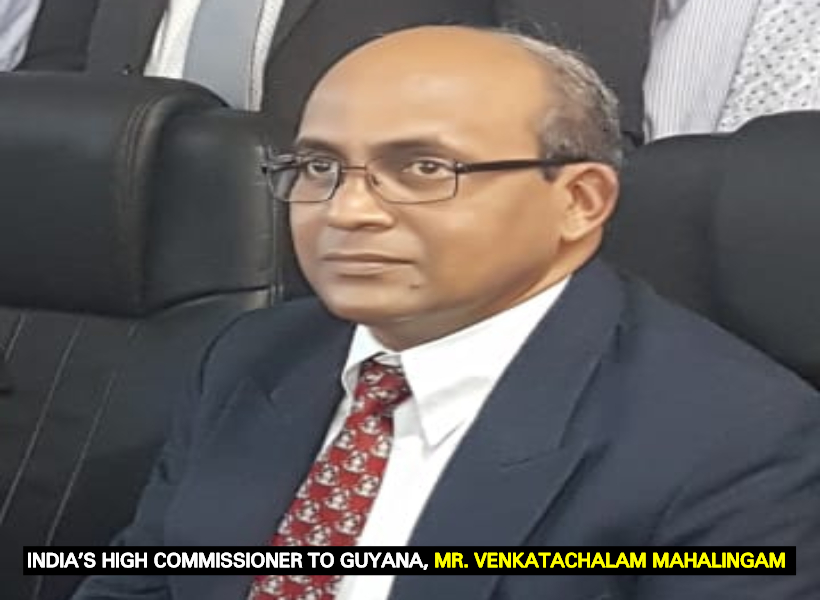 There is a high likelihood that Guyana will soon benefit from export and import credit agreements with India. This would be in an effort to boost trade relations.

This announcement was made by India’s High Commissioner to Guyana, Mr Venkatachalam Mahalingam. He made these and other remarks during the launch of three trade facilitation councils earlier today at the Georgetown Chamber of Commerce and Industry (GCCI)’s headquarters on Waterloo Street.

The diplomat told the gathering that an Export/Import (EXIM) Bank representative who is placed in Washington D.C, would often visit Guyana; while positing that the private sector can capitalise on this.

“We have already been discussing with the EXIM bank representative and he said, that it is quite possible that Guyana and India can work towards having some sort of an export credit so that both countries can benefit out of it,” he said.

Mahalingam said that the Government of India through the EXIM Bank would give some sort of credit to any person that is not willing to use their own resources to import or trade with India, can access funds.

“Next time the EXIM bank representative is here, we would like to have a meeting with you (Private Sector and Government) so we can work towards having such an export/import credit; so that we can enhance the trade relations between Guyana and India.”

Last year, Minister of Finance, Winston Jordan inked a loan of US$50 million with the Export-Import Bank of India for the construction of a 20km bypass road from Ogle on the East Coast of Demerara (ECD) to Great Diamond on the East Bank Demerara (EBD).

The construction of the bypass road comes at an opportune time when the Government is seeking to advance Guyana’s developmental efforts for the infrastructural transformation of its economy as well as improve transportation linkages across the country.