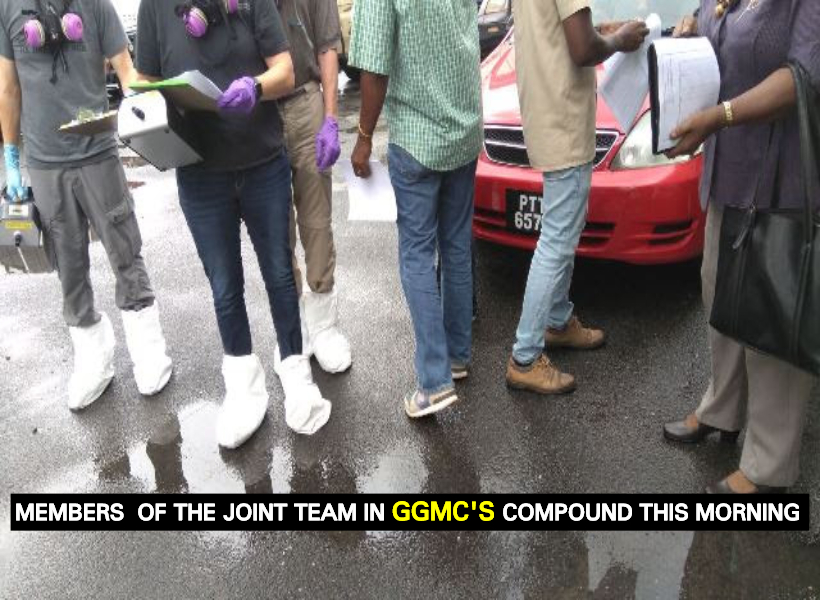 The Pan American Health Organisation (PAHO) has deployed a team to the Guyana Geology and Mines Commission (GGMC) to conduct several tests on mercury levels at the entity.

This move comes on the heels of mysterious deaths of workers attached to the Commission. It was alleged by some that the workers died due to long-term exposure to high levels of mercury emissions.

Commonly referred to as “quicksilver”, mercury is an element used primarily in Guyana’s gold sector. Researchers have indicated that high levels of exposure to this element can harm the brain, heart, kidneys, lungs, and immune system.

The team, which comprises of two industrial hygienists, two physicians and a mining engineer, is conducting tests to determine if any traces of mercury remain at the complex.

“This has been a wakeup call for us. It is a matter that has been ongoing for perhaps decades.  We cannot postpone any longer or pretend that it is not an issue in Guyana. So, your presence here is to look at the compound and its environs and provide some guidance to the government and its agents as to how to proceed,” Minister Trotman told the team.

Industrial Hygienist and head of the team, Catherine Beecham, explained the team will be familiarising themselves with the entire process of retrieving and burning the gold. They will also be meeting with the staff to know the history of what the complaint is about and what has been done.

The majority of the team’s focus will be done today and tomorrow. A drone mercury vapour analyzer will be used to see if there are any more detectable levels of mercury at the facility.

Others issues to be looked at are Standard Operating Procedures and standards regarding mining and the use of mercury. Another PAHO team is expected to work with the government in this regard following the conclusion of Beecham’s investigations.

Guyana has committed to the eventual removal of mercury and will replace its usage with alternative methods that increase recovery of gold.

(Modified from the Department of Public Information)