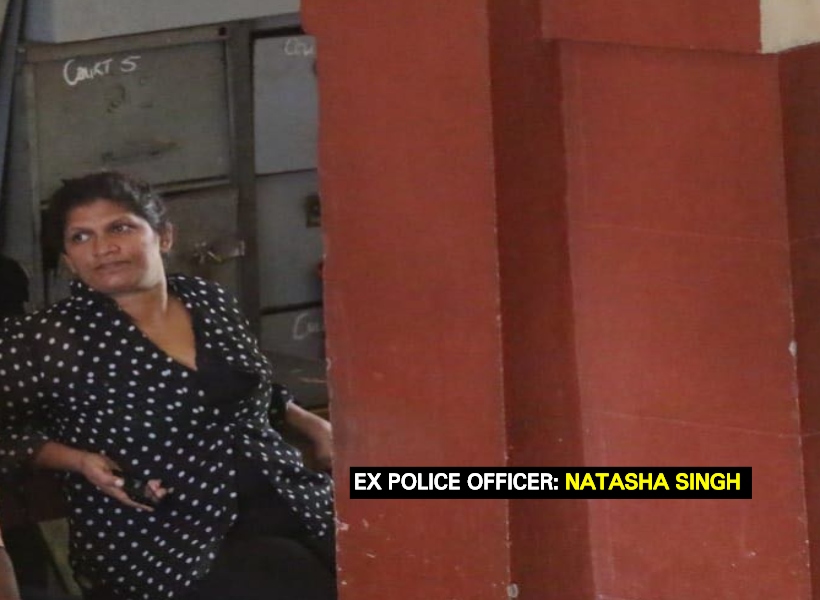 A former member of the Guyana Police Force (GPF) was today charged and released on $60,000 bail, for allegedly demanding with menace, cash from a 73-year-old.

The allegation against her stated that on June 18, last at Georgetown, she demanded, with menace, the sum of $200,000 from Mohamed Yusuf, with intent to steal.

Singh denied the allegation after it was read to her by Senior Magistrate Leron Daly.

Attorney-at-Law Everton Lammy Singh, in an application to secure bail for his client, told the court that Singh is a mother of four. He added that the woman is the sole breadwinner of her family.

He said that his client is a businesswoman who buys and sells clothing to provide for her family.

Police Prosecutor, Sanj Singh had no objection to bail being granted to the defendant.

According to court information, the defendant and the victim are known to each other since they live in the same neighbourhood.

It was reported that the woman went to the pensioner’s home, kidnapped him and placed him in her vehicle.

The woman then drove the victim to an unknown area and took away his phone and other valuables that were in his possession.

It is alleged that she then demanded that he hand over the sum of $200,000 cash for his release.

It was reported that the man’s son reported the matter to ranks from Criminal Investigation Department (CID). The defendant was arrested.

More charges are likely to be brought against the defendant.

The mother of four was instructed to make her next court appearance on July 20.